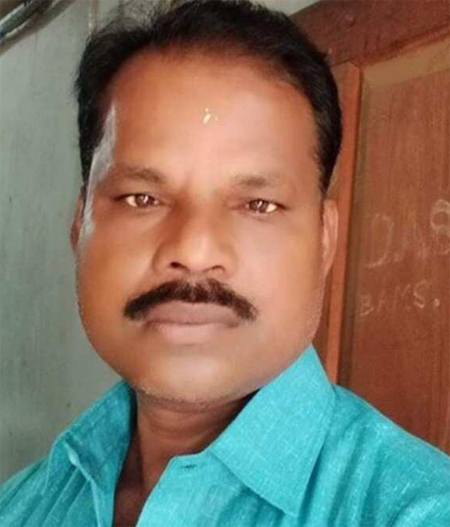 The Improvised Explosive Device (IED) went off when Rohit, working for a leading Odia daily published from Bhubaneswar, reached near a tree where a couple of posters and a banner were put up by Maoists asking people to boycott the five-phase panchayat polls beginning later this month.

“Whenever such posters are seen, the police have a Standard Operating Procedure(SOP) to deal with the situation as there is a possibility that IEDs have been planted there targeting security forces. Our team was alerted but before we reached the spot, the unfortunate incident happened,” Kalahandi District SP Dr Vivek M said.

The 46-year-old reporter reached near the tree before police personnel searched the area with a metal detector for planted IEDs and died on the spot after the explosion, he said.

The posters were pasted on the tree while the banner was hung close to it near Domkarlakhunta village and close to a bridge in Madanpur Rampur block. The police found no more IEDs on the spot.

A joint team of CRPF and police have begun a probe, sources said. Rohit is survived by his wife, a son and a daughter.

Chief Minister Naveen Patnaik announced Rs 13 lakh as ex-gratia for his family. While the Odisha Police will provide Rs 9 lakh, the remaining Rs 4 lakh will be given from the Journalist Welfare Fund, said Manas Mangaraj, the Media Advisor of the Government of Odisha.