Bhubaneswar: A delegation of BJP legislators on Wednesday sought intervention of Governor Prof. Ganeshi Lal on reservation of seats for OBC community in upcoming Panchayat Polls.

BJP MLAs, Lalitendu Bidyadhar Mohapatra, Mukesh Mahaling and Sanatan Bijuli met the Governor in Raj Bhawan today and submitted a memorandum to press their demand for reservation of OBC in the rural poll.

The move of Government of Odisha to proceed with the Panchayat Elections without reservation to OBCs is strictly contrary to the object, intent and purpose of the constitutional scheme of advancement and adequate representation of OBCs, they alleged.

Persons belonging to OBC category are deprived of an opportunity to be elected to the elected positions through democratic process and fulfill the aspirations of OBC communities. Going ahead with the election process, the Government of Odisha has released a draft reservation list for Zilla Parishad on December 27 and Panchayat Samitis and Sarpanch on December 29, 2021.

Two cases related to the same issue in the State of Maharashtra and Madhya Pradesh are still sub-judice. Government of India being concerned of the matter and after examining the issue, has already filed a review petition before the Supreme Court on December 27, 2021 to allow political reservation of OBCs in the local Bodies/Municipal Corporations for the time being till the States comply with the triple test criteria, they pointed out.

Judgment of the SC awaited on the same matter, and which might have repercussions on the proportion of reservation recommended for Other Backward Communities across various States, they said.

This SC Judgment will have far reaching consequences for the OBCs in coming years.

The BJP lawmakers further said, “It is quite unfortunate that Odisha Government is actively pursuing to conduct the Panchayat Elections without reservations to OBCs, such an election would deprive the persons belonging to OBC community for five long years which by no stretch of logic can be said to be a short period causing grave prejudices to the backward classes.”

They requested the Governor to kindly intervene and take up the issue with the State Election Commission (SEC) in order to ensure Panchayat Elections are held by ensuring reservations to OBCs through constitutional mechanism.

This shall go a long way to ensure justice to the causes of the OBC community in Odisha, they added. 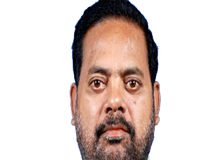 Tathya Correspondent - October 4, 2020 0
Veteran Biju Janata Dal Leader and Lawmaker of Pipili,  Pradeep Maharathy is no more.Mr.Maharathy was one among the 51 Lawmakers of Odisha...