Addressing the gathering, the Prime Minister noted that the critical meeting of law ministers and secretaries of all states in the country is taking place under the grandeur of the Statue of Unity, and it is the inspiration of Sardar Patel that will help us achieve our goals by pointing us in the right direction during this phase of Azadi Ka Amrit Mahotsav.

The Prime Minister pointed out the need for a dependable and speedy justice system for a healthy and confident society in a developing country like ours. He further added that the judicial system and various procedures and traditions in every society have been developing according to the needs of the time period. Shri Modi said, “When justice is seen to be delivered, then the faith of the countrymen in the constitutional institutions is strengthened. And when justice is delivered, the confidence of the common man goes up.” He further added that such events are very important for the continuous improvement of the law and order of the country.

The Prime Minister informed that the development journey of Indian society is thousands of years old and we have made steady progress despite facing critical challenges. “The biggest aspect of our society is the tendency to improve itself internally while moving forward on the path of progress”, Shri Modi added. Stressing the need for continuous improvement, the Prime Minister pointed out that it is an indispensable requirement for the smooth functioning of every system. “Our society keeps on weeding out irrelevant laws and wrong customs. Otherwise, when any tradition turns into orthodoxy, it turns out to be a burden on society”, he added, “The people of the country should feel neither the absence of government nor the pressure of the government.”

Throwing light on the special emphasis on removing the pressure of the government from the citizens of India, the Prime Minister informed that in the last 8 years, India has repealed more than one and a half thousand archaic laws and reduced more than 32 thousand compliances to put an end to the legal hurdles that obstruct the path of innovation and ease of living. “Many of these laws were continuing from the time of slavery”, he said. The Prime Minister further added that many old laws from the time of slavery are still in operation in the states and urged the dignitaries present on occasion to make way for the abolition of such laws at this conference. “In this Azadi Ka Amrit Kaal, new laws should be made by abolishing the laws which have been going on from the time of slavery”, Shri Modi added. The Prime Minister also pointed towards reviewing the existing laws of the states while focusing on Ease of Living and Ease of Justice for the people.

The Prime Minister noted that the delay in serving justice has come across as the biggest challenge and the judiciary is working with utmost seriousness in this direction. Throwing light on the mechanism of alternative dispute resolution, the Prime Minister suggested that it has been put to good use in the villages of India for a long time and can now be promoted to the state level. “We have to understand how to make it a part of the legal system at the local level in the states”, Shri Modi added.

Recalling the time when he was the Chief Minister of Gujarat, the Prime Minister said that the then government had introduced the concept of evening courts. He further explained that cases which were less serious in terms of sections were taken up by the evening courts which resulted in the resolution of more than 9 lakh cases in Gujarat in recent years. The Prime Minister also highlighted the emergence of Lok Adalats that have led to the disposal of lakhs of cases in various states and reduced the burden of the courts. “People living in the rural areas have benefitted immensely from this”, he added.

Noting the responsibility of the ministers in formulating laws in the Parliament, the Prime Minister remarked that if there is confusion in the law itself, it is the common citizens who have to bear the brunt of it in future, no matter the intentions. He further added that ordinary citizens have to spend a lot of money and run around from post to pillar to get justice. He said, “When the law comes to the understanding of the common man, then its effect is something else.”

Drawing examples from other countries, the Prime Minister noted that when a law is made in the Parliament or Legislative Assembly, it is prepared to explain it in detail within the definition of law, and secondly to draft the law in a language that can be easily understood by the common man. The timeline of the execution of the law is also determined and the law is reviewed again in the new circumstances. “Local language plays a big role in the legal system for ease of justice. Academic ecosystem will also have to be created for the youth in the mother tongue. Law courses should be in mother tongue, our laws should be written in simple language, digital libraries of important cases of High Courts and Supreme Court should be in local language”, he added.

“When the judicial system grows along with society, it has a natural tendency to adopt modernity. As a result, the changes that take place in society are also visible through the justice system” Shri Modi said. Putting the spotlight on the integration of technology in the judicial system, the Prime Minister pointed out the emergence of e-courts and virtual hearings and the promotion of e-filings. Shri Modi further added that these systems will get a major boost with the arrival of 5G in the country. “Every state will have to update and upgrade its systems. It should also be an important goal of our legal education to prepare it according to technology”, he added.

Recalling the joint meeting of Chief Justices of High Courts where the Prime Minister had raised the issue of undertrial prisoners, he urged the dignitaries to work towards speedy trials for the disposal of such cases. The Prime Minister further added that state governments should work with a humane approach regarding undertrial prisoners so that the judicial system moves forward with human ideals. “A sensitive justice system is essential for a capable nation and a harmonious society”, Shri Modi added.

Underlining the supremacy of the Constitution, the Prime Minister said that the Constitution is the origin of the judiciary, legislature and executive. “Be it the government, Parliament, our courts, all three are, in a way, the children of the same mother. So even though the functions are different, if we look at the spirit of the constitution, there is no scope for argument or competition. Like the children of a mother, all three have to serve Maa Bharati, together they have to take India to new heights in the 21st century”, the Prime Minister concluded. 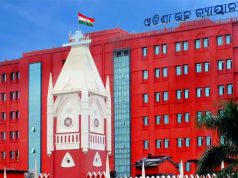 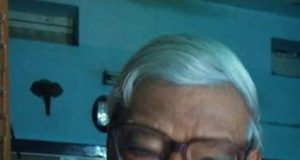