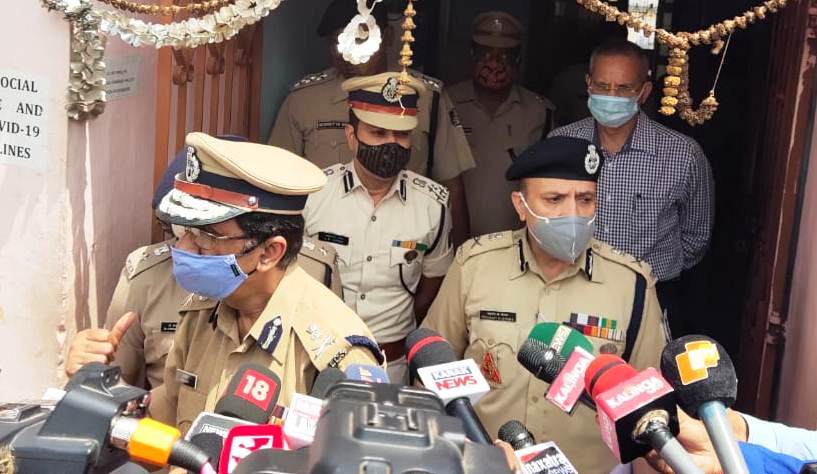 Puri: Odisha Police on Monday deployed about 1,000 armed policemen in Pipili Assembly segment in Puri district to ensure peaceful polling in the by-election to be held on April 17.

This apart 60 state police officers have also been engaged in by-poll duty.

The DGP said that the constituency has been divided into several security zones to ensure an incident-free poll.

Two ASPs and three DSPs will be in charge of each zone to monitor the law and order situation.

Official sources said as many as 80 critical booths have been identified in the constituency.

The DGP also reviewed the pre-poll violence in Pipili at a meeting attended by Director (Intelligence), RK Sharma, and the ADGP (Law and Order), Yashwant Jethwa.

Meanwhile, the Delang police on Monday arrested two persons in connection with the pre-poll violence in which three BJP workers were injured in a clash on Sunday.

The Governing BJD alleged that Labour Minister Sushant Singh’s vehicle was attacked by BJP workers when he had gone to meet some injured party workers at Delang.

A BJD delegation comprising Rajya Sabha MPs Sasmit Patra and Sujit Kumar Monday met the Chief Electoral Officer (CEO), SK Lohani and demanded stern action against those involved in the attack on the minister’s vehicle and two other party workers.

They submitted a memorandum to the CEO. Patra alleged that BJP goons smashed the front and rear windshields of the minister’s car on Sunday. Later, they attacked two party workers of whom one is undergoing treatment at the CHC in Delang while the condition of the other worker undergoing treatment at Capital Hospital is critical.

Mr.Patra also alleged that recently Rs 50 lakh was seized from two BJP leaders in Pipili which they wanted to use to influence voters for the bye-poll.

In a separate press conference, BJP national spokesperson Sambit Patra accused the ruling BJD of indulging in violence and attempting to capture Pipili seat by means of criminal activities. He also alleged that the state police has been working at the behest of the ruling party.

“The Odisha Police is part of the conspiracy hatched by the ruling party not to conduct free and fair elections in Pipili,” Patra said, alleging that instead of arresting criminals facing non-bailable warrants, the police was shielding them.