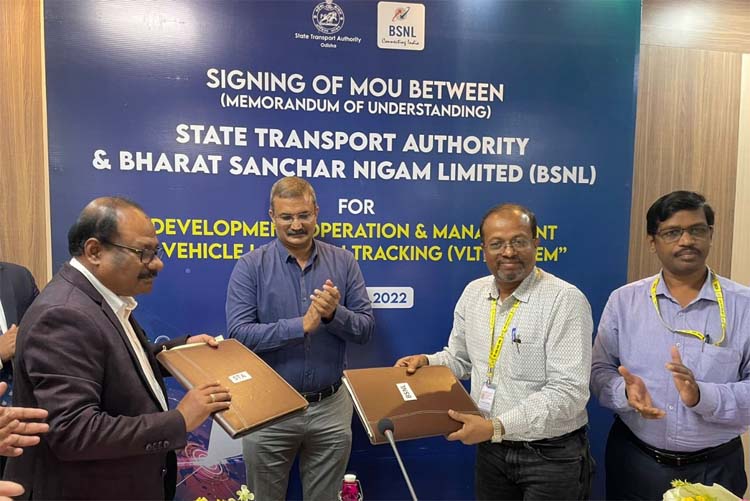 Under the Nirbhaya Scheme for women’s safety, the Central Government has made vehicle location tracking system mandatory for public transport vehicles and goods vehicles.

In accordance with the directions issued by the Ministry of Road Transport and Highways (MoRTH), STA will implement VLT application for Safety and Enforcement as per AIS-140 Standard to track the public transport and commercial vehicles in Odisha under the Nirbhaya framework.

Speaking at the event, Transport Commissioner Arun Bothra said, “The objective of the project is to introduce a tracking system as required for implementation of central notifications for continuous monitoring of public transport vehicles for safety of passengers, better road safety and better support for enforcement services. This will also help in keeping track of public buses running as per the permit.”

A command control center is being set up in Bhubaneswar to track the vehicles plying across the state. The 24X7 integrated command centre will use both Global Positioning System (GPS)-based vehicle tracking and the GSM/GPRS channel for triggering emergency alerts.

The common emergency toll lines, motor vehicles wing, the police control room and related enforcement units will be looped into a real-time data sharing network with the command centre functioning as an interface for stakeholder agencies, he said.

Dhananjaya Senapati, Additional Commissioner Transport (Technical) said the Government of India has approved vendors to fit VLT devices and panic buttons. The State will publish the standard operating procedure (SOP) for empanelment of these vendors within a few days. Accordingly, these vendors will be empanelled and they will start affixing the devices to both new and old vehicles, he said.

To enhance security of women and children while travelling in public transport, the State Government has made installation of VLT devices with panic button mandatory for all new commercial vehicles to be registered on or after January 1, 2023 and the vehicles registered on or before December 31, 2022 will have to comply by March 31, 2023.

Earlier, the Commerce and Transport Department had issued a notification to this effect.

Except auto rickshaws and e-rickshaws, all passenger transport vehicles, including both government and private buses, school and college buses and cabs/taxis will be equipped with VLT panic buttons for the safety of women and children.

Tathya Correspondent - September 12, 2022 0
Bhubaneswar: In a State-wide drive against drunk driving conducted by the State Government, a total of 599 people were found driving under...