Bhubaneswar: Odisha Government in Department of Housing and Urban Development (DoHUD) has planned for a structured capacity building of the Mission Shakti Self Help Groups (SHG)s by creating a pool of trainers and mentors, besides strengthening the capacities of Urban Local Bodies (ULB) functionaries engaged in sanitation related work.

As a step forward in this endeavor, today them DoHUD has signed MoU with Urban Management Centre(UMC), Ahmedabad a globally recognized not-for-profit organization with expertise in professionalizing urban management.

Speaking on the occasion Minister Mr.Jena told that Odisha is a leading State in prioritizing solid waste management in line with the sustainable development goal of making cleaner cities and has bagged a number of National as well as International recognitions for its sustained effort in this regard. Our state has envisioned 100% waste management and has created wealth centers that converts the waste collected from the households into wealth.

The state is prioritizing systematic investments for the development of Mission Shakti Self Help Groups (SHGs) to address poverty and vulnerability of marginalized section of the community by giving them a voice and agency so that they can access opportunities and entitlements to improve their lives and livelihoods. Over the last two decades nearly 6,00,000 Mission Shakti SHGs have been formed in Odisha, which includes membership and participation of nearly 70 lakh women. Mission Shakti SHG members are also engaged as Jal Sathi, managing Ahaar Kendra, engaged as Swachha Sathi and Swachha Supervisors, and transporting waste by driving Battery Operated Vehicles,Minister Sri Jena added.

At the out set, Mr.Mathivathanan , Principal Secretary welcomed and highlighted the purpose of MoU being signed today. He informed that the Housing and Urban Development Department has planned for a structured capacity building of the Mission Shakti SHGs by creating a pool of trainers and mentors, besides strengthening the capacities of ULB functionaries engaged in sanitation related work.

As a step forward in this endeavor, today the H & UD Department is going to start another state-wide program of strengthening capacities of Mission Shakti SHGs with technical support from Urban Management Centre(UMC).

Now , this thoughtful step that would help building capacities of about 2000 ULB functionaries, 250 mentors, 500 master trainers, who in turn will train presently engaged 5000 SHG members and also create and nurture another 2000 SHG members for the upcoming requirement.

Among others Sarada Prasad Panda ,Joint Secretary and other Senior Officers of HUD Department and UMC were present 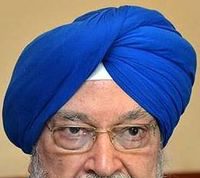 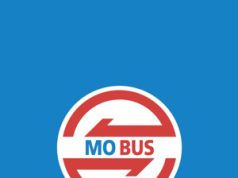