However the Government does not confer classical status to any Musical form, he clarified.

The State Government has been repeatedly putting pressure on the Centre to accord classical status to Odishi Music. The State Heritage Cabinet in September 2020 had passed a resolution to request the Centre for this purpose.

In the same month, Chief Minister Naveen Patnaik had written a letter to the Centre to accord classical status to Odissi Music as it has at least 2,000-years old tradition and is based on ‘Shastra’ having its own ‘Raga’.

The movement for a separate State of Odisha was based on the nuances of Odia Culture, including its language and music. The movement has continued and taken different forms over the years. 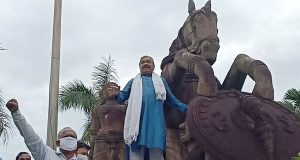