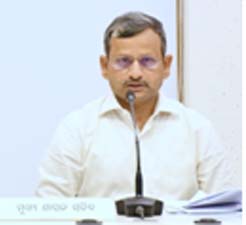 Bhubaneswar: “Malnutrition and Stunting in Odisha can be contained in the near future” said Chief Secretary Suresh Chandra Mahapatra.

Addressing the national level conclave on “Childhood Stunting in India” here on Tuesday, Mr.Mahapatra said that Odisha is the first State to introduce a separate nutrition budget. “The State Government is now spending on the social sector targeting health, education, nutrition and sanitation,” he added.

With around 96.5 lakh families covered under food security programme, 75,000 AWCs actively involved in supplementary nutrition and take-home ration carried through WSHGs, MDM served in 55,000 schools with active participation of WSHGs, Ahara Kendras in urban bodies, fortified rice and millets introduced in PDS and supplementary nutrition, Odisha is all set for targeted reduction in stunting and malnutrition, the Chief Secretary informed.

With all these, Odisha is now ready to have an aggressive target for reduction of malnutrition and stunting which would be possible to achieve in coming few years, Mapapatra said, adding that “the problem of stunting and malnutrition is multi dimensional” and as such would need a holistic action plan with and concerted efforts among various departments.

The Chief Secretary assured that the State Government would provide all financial and administrative support for concrete suggestions that would emerge from the deliberations in this national seminar.

On the occasion, Chief Secretary Mr.Mahapatra also released a study report on “Covid-19 and Nutrition in Odisha – What does the Future hold”. The study was conducted by UNICEF with support from the Odisha Government.

The Conclave was held under the joint aegis of International and Food Policy Research Institute, Government of Odisha,  World Bank and UNICEF. 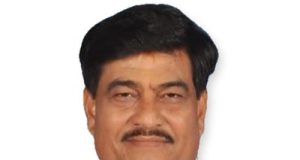 Tathya Correspondent - May 14, 2022 0
Bhubaneswar: Consumer’s interest being paramount must be protected in the entire operation of direct selling business. Consumers must be given sufficient opportunity...