Bhubaneswar: Expressing displeasure over the reports on the engagement of a security guard to measure blood pressure in a Ganjam hospital, Additional Chief Secretary (ACS), Health, PK Mohapatra asked all concerned to ensure patients are not to be attended to by non-health personnel in Government health facilities.

Mr.Mohapatra has issued instructions to Director of Capital Hospital Director of Rourkela Government Hospital and all Chief District Medical and Public Health Officers and Superintendents of all Government Medicinal Colleges for this purpose.

He said it was alleged that a security guard was engaged to measure blood pressure of a patient due to non-availability of doctors in the district of Ganjam.

The matter has been enquired into and it is revealed that the doctor was on duty and was measuring blood pressure of the patient and the security guard was only helping in binding the cuff of the BP instrument, Mr.Mohapatra said.

The ACS said that the above incident sends a wrong and misleading message regarding healthcare services being provided in the State.

“Government has taken serious note of this incident and due care should be taken that such incidents are not repeated in any Government health facility,” he warned.

Therefore, the head of medical institutions have been instructed to ensure that the patients coming to Government health facilities are treated/ attended to only by the designated healthcare personnel and care should be taken not to engage any non-healthcare personnel in assisting the treating doctors /paramedics in the process of treatment. 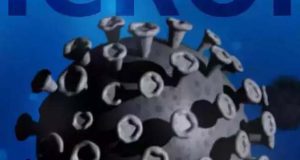 State Gears Up For Wave III

Tathya Correspondent - December 18, 2021 0
Bhubaneswar Odisha Government has geared up its preparedness to fight against a possible third wave of COVID-19, a senior health department official...