1997 Batch IAS Mr.Mishra joined the services here on 3 June after being released from Odisha Government. He was serving as Special Secretary Industries.

Mr.Mishra after taking charge as Secretary NRA talked to senior officers of NRA, which will conduct a common preliminary examination for various recruitments in the Central Government.

An honest and impartial bureaucrat, Mr.Mishra has been will be handling NRA, which is functioning in Department of Personnel and Training of Government of India.

He has been appointed for five years in the NRA, notified DoPT in its 14 May Order.

According to recent decision NRA will start conducting online test for select category of government jobs from September.

The NRA will conduct the Common Eligibility Test (CET) to screen/shortlist candidates for jobs in government sector for which recruitment is currently carried out through the State Selection Commission (SSC), Railway Recruitment Boards (RRBs) and Institute of Banking Personnel Selection (IBPS).

Examination Centres will be set up across the country and especially in Aspirational Districts, which will open up opportunities to the youth in most backward areas of the country, officials say. 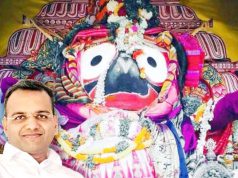 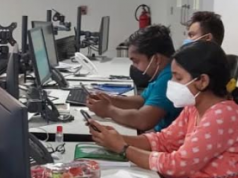 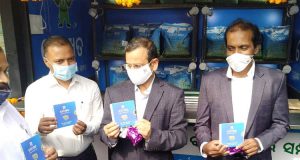 Tathya Correspondent - January 8, 2021 0
Bhubaneswar: In a significant step towards solving the problem arising out of the grounding of dumping yard in Bhubaneswar Municipal Corporation (BMC)...