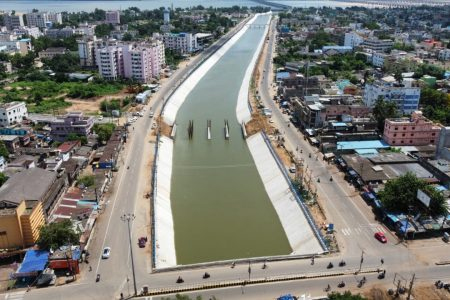 Bhubaneswar : In an aim to ensure shelter for those who lose land/home for two mega projects in Cuttack city, development of SCB Medical College & Hospital and Taladanda Canal, will get 2000 sq ft of land from the Government.

“Government have been pleased to accord in-principle approval for addition in Rehabilitation and Resettlement Policy for “Re-Development of SCB Medical College & Hospital, Cuttack” & “Improvement of Road on both left & right Embankment of Taladanda Canal from Ranihat Chhak to Biribati” as proposed by Collector, Cuttack and recommended by you,” Mr.Sahu said in his letter.

During land acquisition, the Cuttack District Administration found that some of the persons losing their land and building for the aforesaid project are not willing to accept the compensation under the existing R&R packages and are demanding land in lieu for their land and value of the structure being calculated without depreciation.

It is noticed that under the above mentioned provision, the extent of land of equal value is too small for a person to construct a house for dwelling purposes. Hence, the Government has decided to allot 2000 sq ft of land to the losers against their compensation.

In case the land loser is interested to acquire land in lieu of land for dwelling house purposes, he/she depending on availability may be allotted a maximum of 2000 sq. ft. of Government land on Rayati basis for homestead purpose, sources said.

The value of the land being allotted will be adjusted against the total amount of compensation payable to the land loser in respect of the land and building being acquired from him/ her.

As a part of the 5T initiative, the State Government had announced plans for the revamping and modernizing of the SCB Medical College and Hospital in November 2019. As per the plans the hospital will be revamped as a 5000 bedded integrated hospital with state-of-the-art facilities and will be developed as an AIIMS Plus institute with an investment of around Rs 5,000 crore in two phases.

Similarly, the Taladanda Canal, one of the oldest canals constructed by the British to provide water to farmlands in Cuttack and Jagatsinghpur districts is all set to regain its past glory and also become a landmark for the Millennium City soon. The project also envisages the development of Canal Embankment Road connecting the SCB Medical College and Hospital thereby easing traffic woos. 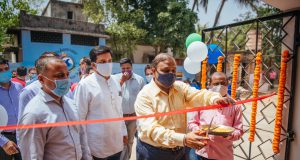 Tathya Correspondent - April 1, 2021 0
Bhubaneswar: Are you discarding your old garments! Or clothes spilling out of your wardrobe! Don’t worry. You can help somebody by donating...