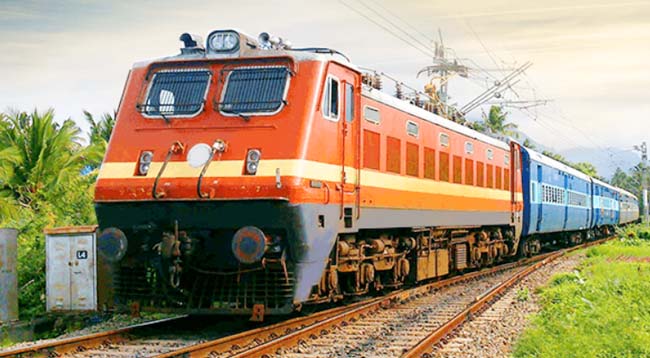 New Delhi : In an endeavour to address the inadequacies of capacity constraints and improve its modal share in total freight eco system of the country, Indian Railways has come up with Draft National Rail Plan.

A long-term strategic plan called the National Rail Plan has been developed to plan infrastructural capacity enhancement along with strategies to increase modal share of the Railways.

The National Rail Plan will be a common platform for all future infrastructural, business and financial planning of the Railways. This plan is being circulated among various Ministries for their views now. Railways aim to finalise the Final Plan by January 2021.

The Objective of the Plan is to create capacity ahead of demand by 2030, which in turn would cater to growth in demand right up to 2050 and also increase the modal share of Railways from 27Percent currently to 45 Percent in freight by 2030 as part of a national commitment to reduce Carbon emission and to continue to sustain it. Net Zero Carbon emission by 2030.

In order to assess the actual demand in freight and passenger sectors, a yearlong survey was conducted over hundred representative locations by survey teams spread all over the country.

Forecast growth of traffic in both freight and passenger year on year up to 2030 and on a decadal basis up to 2050.

Formulate strategies based on both operational capacities and commercial policy initiatives to increase modal share of the Railways in freight to 45 Percent by 2030.

Reduce overall cost of Rail transportation by nearly 30 Percent and pass on the benefits to the customers.

Map the growth in demand on the Indian Railway route map and simulate the capacity behaviour of the network in future.

Based on above simulation identify infrastructural bottlenecks that would arise in future with growth in demand.

Select projects along with appropriate technology in both track work, signaling and rolling stock to mitigate these bottlenecks well in advance.

Assess Locomotive requirement to meet twin objectives of 100 Percent electrification (Green Energy) by December 2023 and also the increasing traffic right up to 2030 and beyond up to 2050.

Assess the total investment in capital that would be required along with a periodical break up.

Identify new streams of finance and models for financing including those based on PPP.

For successful implementation of the National Rail Plan, the Railways will be looking to engage with Private Sector, PSUs, State Governments and Original Equipment Manufacturers (OEM)/Industries.

Sustained involvement of the Private Sector in areas like operations and ownership of rolling stock, development of freight and passenger terminals, development/operations of track infrastructure etc.

In effect the National Rail Plan envisages an initial surge in capital investment right up to 2030 to create capacity ahead of demand and increase the modal share of the Railways in freight by 45 Percent.

Post 2030, the revenue surplus generated would be adequate to finance future capital investment and also take the burden of debt service ratio of the capital already invested. Exchequer funding of Rail projects would not be required.

Himanshu - December 12, 2020 0
Bhubaneswar : The Chatisha Nijog of Shree Jagannath Temple has recommended to reopen Srimandir on 23 December. Accordingly the...