Bhubaneswar : Minister Steel Dharmendra Pradhan Friday said that SAIL’s IISCO Steel Plant (ISP) and Durgapur Steel Plant (DSP) situated in Burnpur and Durgapur in West Bengal have an important role to play in the development of the eastern part of the country.

Outlining the role of SAIL Plants based in the eastern region of the Country in Mission Purvodaya, Mr.Pradhan said during his visit to these plants, “Both IISCO and Durgapur steel plants of SAIL have an important role to play in the development of the eastern region as well as the nation”.

“They are important players not only for the region but for the nation as a whole. Under the guidance of Prime Minister Narendra Modi, the Mission Purvodaya will facilitate unleashing the true potential of the eastern region in the development of the nation”, said he.

“These integrated and modernized steel plants must work towards creating a sustainable production model which also facilitates the growth of downstream industries in and around the region”, said Pradhan.

During his visit, Mr.Pradhan reviewed the performance of both the Plants and took keen interest in the performance and various products produced from the modernized mills of these steel plants.

Mr.Pradhan had launched the ‘Mission Purvodaya’ in steel sector wherein he had stressed driving the growth of eastern India through creation of integrated steel hub and adding significantly to the country’s steel-making capacity.

The Minister Friday visited the Blast Furnace, Bar Mill and the Universal Structural Mill at ISP and while visiting DSP he went to the Bloom-cum-Round-Caster, the Wheel & Axle Plant and the Medium Structural Mill.

The Minister interacted with the employees during his visit and exhorted them to put in concerted efforts in enhancing the performance of the plants further.

Mr.Pradhan said, “Many of the products of these two steel plants are already contributing towards imports substitution and strengthening the ‘Atmanirbhar Bharat’. The way forward should continue to emphasize the vocal for local”. 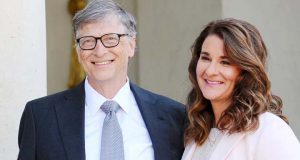