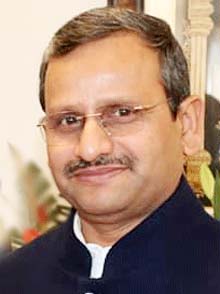 Bhubaneswar: In another significant step towards transforming the ‘ease of doing business’ in Odisha, Government have initiated the steps for introducing ‘building plan approval’ by IDCO in the industrial estates and sector specific parks of the State for expediting the process of the grounding of the projects and lessening the burdens of compliance on the investors and entrepreneurs.

The proposal was discussed in detail in a high-level meeting under the Chairmanship of Chief Secretary Suresh Chandra Mahapatra in Lokseba Bhawan conference hall wherein Principal Secretary Industry, Hemant Sharma outlined the administrative and executive dimensions for discussion.

Considering competitive advantage of the proposed system in enhancing business eco-system in the State, Chief Secretary, Mr.Mahapatra directed to develop an online system for the purpose.

Chairman and Managing Director IDCO, Sanjay Kumar Singh present in the meeting was advised to make the entire system automated eliminating the need for physical contact with the investors.

It was decided to complete development of the ‘web based application’ along with its ‘dry run’ by end of March this year.

Further, Chief Secretary Mr.Mahapatra directed to set up in-house planning unit in the IDCO with necessary capacity enhancement orientation and training for meeting the rising demand.

It may be pertinent here to mention that as of now 116 industrial estates and 08 sector specific parks in Odisha have been rolled out by IDCO.

The major sector specific parks include sea food park at Deras, Plastic Park at Paradeep, Aluminum Park at Angul,Textile park at Bhadrakh, Food processing park at Khordha, IT park at Infocity and Infovalley and Elecetronic Manufacturing Park at Khordha.  The bulling plan approval in these industrial estates and parks is being done by the concerned urban local body in urban areas or Gram Penchants/BDOs in rural areas.

An investor is required to approach the ULB and GP for obtaining the approval.

The proposed system will lessen this burden on the investors.

As the land in the industrial estates is being allotted by IDCO and basic infrastructural facilities are being built by IDCO, the building plan approval by the same agency will make the process more easy and facilitating.