She also announced steps to attract foreign investment into infrastructure, relief to affordable housing and rental housing, tax incentives to IFSC, relief to small charitable trusts, and steps for incentivizing Start-ups in the country.

Ms.Sitharaman in her Budget speech, said that post-pandemic, a new world order seems to be emerging and India will have a leading role therein.  She said in this scenario, our tax system has to be transparent, efficient and should promote investment and employment in the country.

The Minister said that at the same time, it should put minimum burden on our tax payers.  She said that a series of reforms had been introduced by the Government for the benefit of tax payers and economy, including slashing of corporate tax rate, abolition of dividend distribution tax, and increasing of rebate for small tax payers.  In the year 2020, the income tax return filers saw a dramatic increase to 6.48 crore from 3.31 crore in 2014.

The Budget seeks to reduce compliance burden on senior citizens who are of 75 years of age and above.  Such senior citizens having only pension and interest income will be exempted from filing their income tax return.  The paying Bank will deduct the necessary tax on their income.

The Finance Minister proposed to extend the eligibility period for claim of additional deduction for interest of Rs. 1.5 lakh paid for loan taken for purchase of an affordable house to 31st March, 2022.  In order to increase the supply of affordable houses, she also announced extension of eligibility period for claiming tax holiday for affordable housing projects by one more year to 31st March, 2022.  For promoting supply of affordable rental housing for the migrant workers, the Minister announced a new tax exemption for the notified affordable rental housing projects.

In order to reduce compliance burden, the Budget provides reduction in the time-limit for reopening of income tax proceeding for three years from the present six years.  In serious tax evasion cases, where there is evidence of concealment of income of Rs. 50 lakh or more in a year, the assessment can be reopened upto 10 years but only after the approval of the Principal Chief Commissioner.

Stating the resolve of the Government to reduce litigation in the taxation system, the Finance Minister said that the Direct Tax Vivad se Vishwas Scheme announced by the Government has been received well.  Until 30th January, 2021, over one lakh ten thousand tax payers have opted to settle tax dispute of over Rs. 85, 000 crores under the Scheme.  To further reduce litigation of small tax payers, she proposed to constitute a Dispute Resolution Committee.  Anyone with a taxable income upto Rs. 50 lakh and disputed income upto Rs. 10 lakh shall be eligible to approach the Committee.  She also announced setting up of National Faceless Income Tax Appellate Tibunal Centre.

To incentivize digital transaction and to reduce the compliance burden of the person who is carrying almost all of the transactions digitally, the Budget proposes to increase the limit for tax audit for persons who are undertaking 95 per cent of their transaction digitally from Rs. 5 Crore to Rs. 10 Crore.

In order to reduce compliance burden on the small charitable trust running educational institutions and hospitals, the Budget proposes to increase the limit on annual receipts for these trusts from present Rs.1 Crore to Rs. 5 Crore for non-applicability of various compliances. 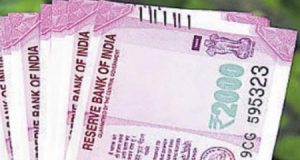