Gandhinagar: Union Minister of Ports, Shipping and Waterways Sarbananda Sonowal has said that Gujarat is the business gateway of India and one of the world’s preferred maritime destinations.

Addressing International Conference on Green Ship Recycling and Vehicle Scrapping in Gandhinagar today he said with a coastline of 1,600 km, Gujarat handles over 40% of India’s cargo throughput and contributes 18% of the total cargo transported using coastal shipping.

He said Gujarat was the first state in the country to privatise the port sector, and by virtue of its strategic location, proactive policies, and robust infrastructure has emerged as the flag bearer of India’s maritime success story.

Shri Sonowal said India is a leading destination for ship recycling and the planned doubling of capacity of Alang-Sosiya shipyard in Gujarat will create a large number of employment opportunities and bring in more economic prosperity to Gujarat and the country.

Speaking on the occasion Chief Minister Bhupendra bhai Patel said under the leadership of Prime Minister Narendra Modi, Gujarat is now moving towards port-led development. Gujarat is India’s coastal gateway. He said the state is home to Alang, the largest ship-breaking yard in the world.

Just as Gujarat has been dominant in ship breaking-recycling sector, it will also be in green recycling. He said Gujarat has the potential and the political will to become a hub for green ship recycling. The Gujarat government is committed to making Gujarat a global centre for green recycling. He said Alang also has a well-developed ecosystem and capacity for vehicle scrapping and will contribute majorly to the vehicle scrapping policy. 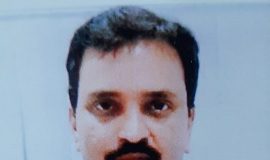 Tathya Correspondent - January 2, 2022 0
Paradip: Even as relentless thrust is being given to boost efficiency to make available the best of services to its customers, Paradip...