Continuing the ‘Cycles4Change’ campaign in order to make the “Cyclegiri’’ a popular means of activity across the State Capital, the Bhubaneswar Smart City Limited (BSCL) in collaboration with the Bhubaneswar Municipal Corporation (BMC) today organized an event in which nearly 100 cab drivers took the pledge to respect cyclists on the city roads.

Following a mammoth response to a cyclothon organized as part of the “Cycles4Change” campaign on October 9, the Temple City is witnessing a series of activities on popularizing cycling among all age groups and all walks of life.
In a pandemic situation when physical activities are considered as a major initiative for building immunity against the disease spread, the activities by the city authorities-BSCL, BMC and Bhubaneswar Development Authority- have created a new craze among the citizens for better fitness and good health through cycling.

As responsible citizens of Bhubaneswar the cab drivers from taxi aggregator Ola took the “Safe Cycling Pledge’’ near the Smart Park in Saheed Nagar.

The pledge is, “Times may be hard but COVID 19 won’t let my spirits down to build a cycling-friendly Bhubaneswar. I pledge that through ‘Cyclegiri’ I will ensure the safety and well-being of every cyclist. I will respect the cyclists and show my support to promote this eco-friendly means of transportation. I will make sure the roads are safer, the needs of cyclists are met and traffic rules are followed for a smoother commute. I will encourage everyone to take up cycling for their day-to-day activities and work towards making my city Bhubaneswar the No. 1 cycling- friendly city.”
Today’s event was coordinated by General Manager (Administration) of Smart City Kamaljit Das and was attended by senior officials of BSCL, BMC and BDA and citizens of the nearby localities.

The participants adhered to the COVID-19 protocol of physical distancing.

It could be mentioned here that along with 95 other cities, Bhubaneswar is taking part in the “India Cycles4change’’ Challenge, which will run in two stages.

In October, 11 cities will be shortlisted and will receive Rs 1 crore award and guidance from national and international experts to further scale up the initiatives in stage two, which will be held until May 2021.
During the flagship event of cyclothon an official website www.cyclegiribbsr.com was also launched, through which cyclists and public can get complete information about upcoming events and can give their suggestions and feedbacks. Besides, people can register themselves for upcoming cycle rallies, give artistic concepts and ideas related to cycling and can donate cycles to people who need it.

This apart, an anthem to popularize cycling was also released on October 9, which received athunderous applause from the public. The three-minute forty seconds Odia song has been sung by Sabisesh Mishra and Diptirekha Padhi. The music is composed by Prem Anand and lyrics penned by Basant Raj Samal.

Honouring the efforts and dedication of Peer Leaders of Smart City’s Socially Smart Project, who are working as COVID Sachetaks in various slums and communities in the fight against COVID-19, the civic authorities have so far donated 40 bicycles to 40 Peer Leaders on two separate occasions to popularize cycling across the city. 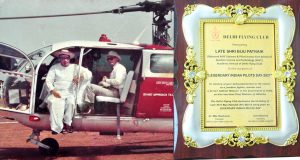 Tathya Correspondent - March 15, 2021 0
Bhubaneswar: Biju Babu continues to be a great source of inspiration for all of us and always encouraged the people to use...