Odisha Government is apprehensive about less flow of Central Grants to the State in coming years.With economic contraction, both at national and sub-national level will adversely impact the collection of direct and indirect taxes during 2020-21 and 2021-22, experts point out.
While Mid Term Review of Finances are being taken up by the State Government, it is apprehended that the share tax and the grant-in-aid receivables from Centre will be affected during 2020-21 as well as in 2021-22.
To counter the adverse impact of shutdown and lock-down on State’s resources, the State Government has taken some timely steps to raise one-time revenues through renewal of mining leases and mopping up of unused money parked in bank accounts.
These efforts have substantially reduced the resource gap and overall collection of the State’s own tax and non-tax till September, 2020 compared to previous year.
However, if the effect of one-time collection is taken out, most of the own revenue items are underperforming.
Considering the likely level of Central Assistance and expected receipts from own revenue, the estimated shortfall in revenue during the current year would be of the order of 20-25 Percent.
Hence, the State may have to depend upon higher borrowing during the current year to finance higher spending on pandemic management.
State’s own revenues are expected to register moderate growth in FY 2021-22, primarily due to contraction of base and moderate growth expectations for the State economy.
The GST compensation in the year 2021-22 would depend on the performance of the economy. Besides, there still remains uncertainty on the quantum of Share in Central Taxes as the State’s horizontal share may get changed in the final report of the 15th Finance Commission.
Considering all the factors, spending is expected to increase by about 12 percent in FY 2021-22 over the current year’s revised estimates
While the Odisha FRBM Act, 2005 mandates the State to generate revenue balance and contain the fiscal deficit within 3 Percent of GSDP.
Considering the higher resources requirement by the States to fight COVID-19 and maintain the standards of service delivery to the public, the Government of India have decided to allow additional fiscal deficit of 2PC of GSDP, increasing the borrowing limits of the State from 3PC to 5PC during 2020-21.
This additional borrowing is linked to four sector specific reforms, which the State Government is trying to achieve to become eligible for the additional borrowing.
The contraction of the GSDP coupled with higher borrowing can jeopardise the debt sustainability unless a prudent fiscal path is adopted in medium term.
Thus, the State Government would try to adhere to FRBM requirements for Revised Estimates, 2020-21 and Budget Estimates, 2021-22, said an officer. 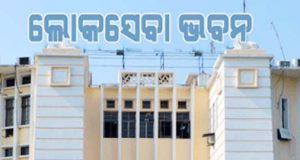