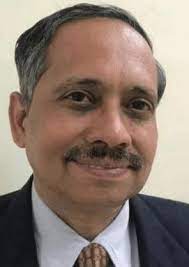 Cuttack: In a significant case under Odisha Estate Abolition Act, Member, Board of Revenue passed orders to get over nine acres of prime land in Berhampur city to the Government khata (Revenue Records).

Sources in knowledge of the development said with this order passed by the Board of Revenue, the century old litigation has finally ceased and the Government land will continue to be protected by the authorities concerned, without leaving any scope for land grabbers.

Member BoR, GVV Sharma ordered that the land in dispute remains vested with the Government, notwithstanding any errors in implementation of land acquisition proceedings. He also disregarded the mutation appeals in favour of private parties by observing that provisions of survey and settlement act do not create any new rights and that in such matters, decision in Estate Abolition Act takes precedence.

Notably, the long litigation started in 1917, when a sum of Rs 1,100 was borrowed on behalf of Sri Gopaljee Mahaprabhu against which the land under Berhampur Mouza was mortgaged. The mortgage was supposed to be for 50 years. Though the Deity was repaying the loan amount regularly, it was shown that the person who was keeping the mortgaged land became a tenant, 12 years after the Odisha Estate Abolition Act came into force.

Meanwhile, the law was amended and the exemption chapter was removed. The matter went to the High Court and further to the Supreme Court. The High Court upheld that the land was vested with the Government in 1974. Against this order, the Deity filed an appeal before the Supreme Court which ordered in 1998 that the matter should be looked into afresh by Board of Revenue under Section 7-A keeping in view the position of law before the 1978 amendment of that section. The Board of Revenue passed an order in 2006, remanding the matter to Tahasildar.

Again a case was made before the High Court that Tahasildar had no power under the said section. While this litigation was going on, some plots of the suit land were sold. Some people purchased them. Even mutation appeals were permitted on such sale transactions.

Tahasildar reported that several attempts were being made for land grabbing. It was shown that the mortgagee inducted his own son as a tenant. The matter got even more complicated because part of the land was required by the Government for a  public purpose of bus stand, MKCG gate and road. As the land was urgently required, the compensation was shared on a 50:50 basis between the Deity and the private party, on the basis of a so-called compromise petition. Later an argument was advanced that the Government cannot acquire their own land and prayer was made that the land should be decreed in favour of the Deity or the private parties.

After hearing all parties concerned and detailed examination of the law, Member, Board of Revenue observed that khas possession on part of the Deity or the persons claiming to be tenants was not proved, prior to the date of vesting in 1974. He also found that the temple authorities could not establish that any part of the land was actually required for the functioning of the trust estate.

Accordingly he ordered that the land remains vested with the Government, notwithstanding any errors in implementation of land acquisition proceedings. He also disregarded the mutation appeals in favour of private parties by observing that provisions of survey and settlement act do not create any new rights and that in such matters, decision in Estate Abolition Act takes precedence.

Tathya Correspondent - October 14, 2020 0
Even as improvement has been seen in fight against Covid-19 in Odisha which is also seen doing better than national averages in...