Bhubaneswar: The Opposition BJP continued its attack on the State Government over the construction activities undertaken as part of the Srimandir Parikrama Project or Heritage Corridor Project around Lord Jagannath temple in Puri.

Two senior leaders and National Spokespersons of the BJP, Sambit Patra and Aparajita Sarangi slammed the State Government a day after getting Orissa High Court’s observation on this issue.

Addressing a press conference, Dr.Patra highlighted the major observations of the HC and said the Archaeological Survey of India (ASI) stated that the competent authority has not given valid permission or No-Objection Certificate (NOC) to the ongoing construction work of the Shree Mandira Parikrama Project.

However, he maintained that, “we are neither against the development nor the beautification of the world heritage site but the law of the land should be followed which was not in this case.”

Raising questions over the presentation of different Detailed Project Reports (DPRs) Dr.Patra said, “Different DPRs were presented at different times. Why? To confuse? No one with the right intention would ever try to confuse. This is not what I say ..the report speaks of different DPRs!”

Quoting the HC order, the BJP leader said State Government Advocate General Ashok Kumar Parija has clarified that the reception center is now being moved out of the prohibited area and is being constructed in the “regulated area”.

“Puri MP Pinaki Misra has said in Parliament that only four toilets are being e constructed there. Pinaki babu you have lied before the Parliament,” Dr.Patra said.

The ASI report states that in every probability the archaeological remains of the heritage site might have been destroyed during the construction process, which the High Court too mentioned, he said.

Dr.Patra urged the Odisha government to give up its arrogance and accept the fact that they have erred. He further stated that the future generations would not forgive the present government for having possibly destroyed the archeological remains of our greatest heritage.

Similarly, Bhubaneswar MP Aparajita Sarangi also took to twitter and expressed her concern over the safety of the 12th-century Ancient Monuments and Archaeological Sites and Remains Act (AMASR Act)y shrine and said, “The joint inspection note filed by ASI, as part of its affidavit, in the High Court, is worth reading. Very meticulously prepared. It says all the wrongdoings of the State Government are crystal clear.”

“After filing of ASI’s affidavit before the Hon’ble High Court, I am convinced that Lord Jagannath is trying to save himself and his temple from an elected State Government which is hell-bent upon brazenly defying the law.”

If the structures are declared illegal tomorrow, who will be responsible for wastage of hundreds of crores of rupees which is the hard earned money of Odias? the BJP leader asked.

The ASI report clearly stated that there has been irreparable damage to the heritage underneath and no heritage impact assessment has been done or no ground penetrating radar survey has been carried out before undertaking the massive construction work within the prohibited area, she said.

Reacting to this, BJD leader and MP Pinaki Mishra said, “As per the Ancient Monuments and Archaeological Sites and Remains (AMASR) Act, construction of toilet, drainage and electrical work not coming under the purview of the act. So, these activities can be carried out. The NMA has also given NOC for the construction activities.”

The proposed Reception Centre has not been planned to be constructed in the ‘prohibited area’, he said, adding, the Centre will be constructed at ‘regulated area’ after due permission from competent authority.

Moreover, the HC has rejected the prayer of the petitioner to stay the construction work. The court has directed to continue the ongoing work in coordination with the ASI, he added.

All devotees and people from Puri wanted to continue the work as it is required for public convenience, the MP added. 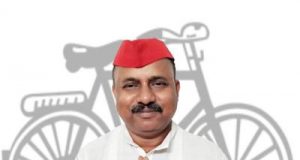 Tathya Correspondent - September 15, 2021 0
Bhubaneswar: The State unit of Samajwadi Party (SP) on Wednesday submitted a memorandum to the Odisha State Commission for Backward Classes for...