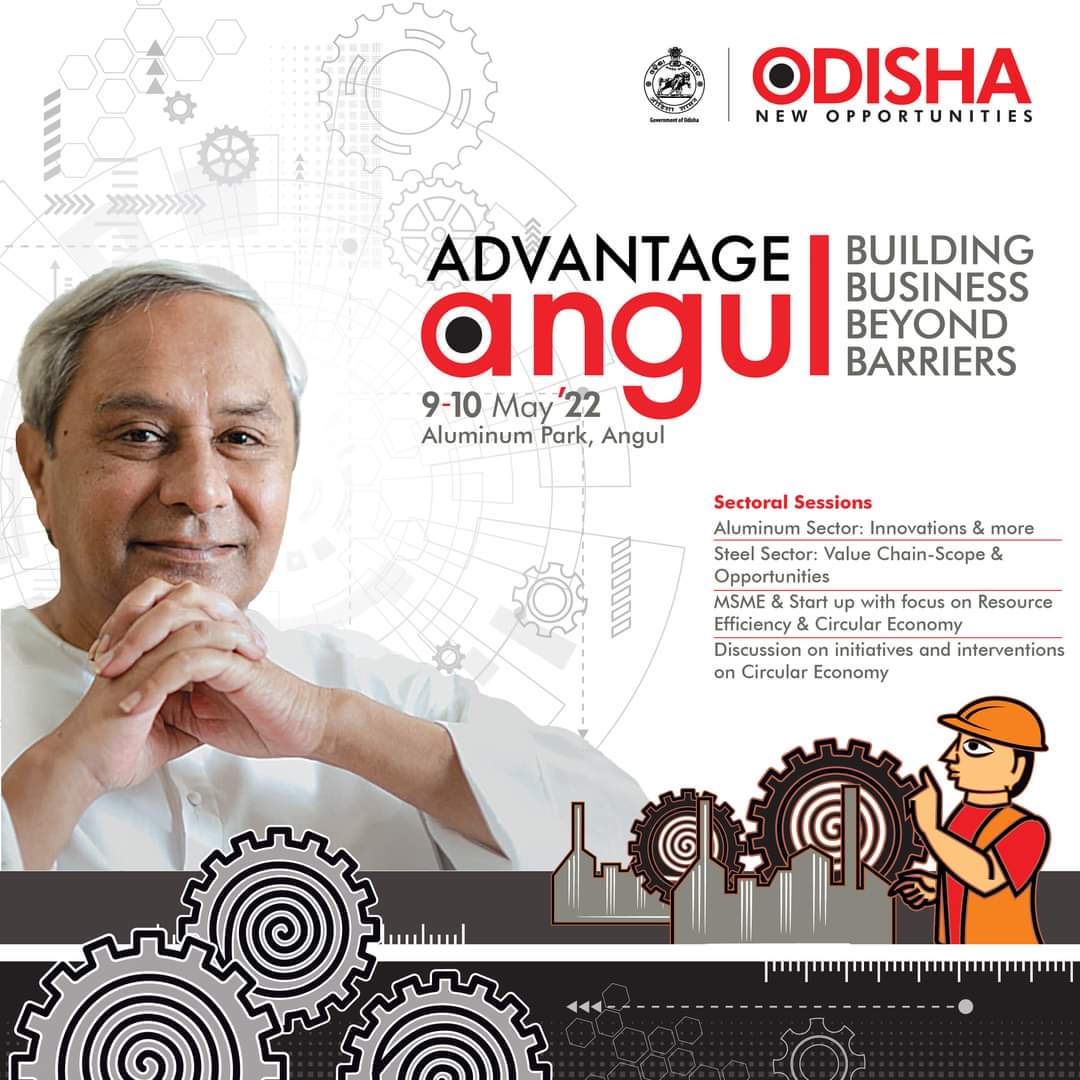 Angul: The second day of the first ever district-level investment promotion event, “Advantage Angul” was as interesting and engaging as the first day.

With sessions on the MSME ecosystem, sustainable development through industrialization, creation and role of circular economy, food processing, as well as sessions on carbon trading, green industrial hubs & green buildings attracted a large audience and overwhelming response from the MSME and Start-up ecosystem.

Concept pitches from the innovative start-ups in the social and renewable sectors at the event provided a futuristic perspective of doing business as well as sustainability.

Asit Kumar Tripathy, Principal Advisor to the Chief Minister was the Chief Guest on the second day as well, adding to the aura of the event.

Senior representatives from Start-up Odisha, MSTC Odisha (MMRPT) and Development Alternative Group amply represented the private sector and proved to be an open house dialogue with all the stakeholders on a single platform.

The event on day-2 attracted 200+ delegates from various MSMEs and Start-ups.

Speaking about the MSME ecosystem in Odisha, Sadique Alam provided insights on the multiple government initiatives being undertaken by the MSME department.

Bagai, took yesterday’s discussion on the Circular Economy model forward and impressed upon the importance of MSMEs to make the United Nations Environment Program (UNEP) a success.

Ranjana Chopra spoke on the role of sustainable development in delivering overall economic and social growth in the state. Omkar Rai, Executive Chairman, Start-Up Odisha, provided an overview on the Start-up ecosystem in Odisha and also the support which is being provided by the state to encourage the upcoming start-ups.

The keynote address was delivered by Asit Tripathy, who spoke about the importance of MSMEs and start-ups in propelling the state’s economic growth further.

The enlightening speeches from the panel was followed by the launching of a book on the topic “Resource Efficiency & Circular Economy. The UNEP also launched a Circularity Challenge and a document on the theme Growing with GRACE (Government Response for Achieving Circular Economy).

The opening session was followed by detailed presentations by industry stalwarts and senior government officials.

The enthusiastic start-up founders were very well received by the audience and they could also gather some business interests from the interactions at the event.

Some of the start-ups had also set-up exhibits at the venue, where they demonstrated their products to the delegates of the conference.

Summing up the session Siddharth Shankar Swain, Collector, Angul assured unstinted support and hand holding to the upcoming MSMEs and Start-ups in the Angul district. He also proposed the vote of thanks to the panel members, delegates, and the entire organizing team for making the event a grand success. 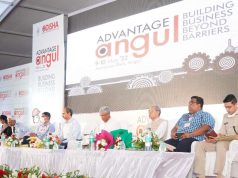