To open or keep them closed? Whether to send children to schools amid pandemic or not? This is the dilemma faced by the State Government and as well the parents across Odisha as all educational institutions continue to remain closed since middle of March and also before the beginning of the academic year in April. Neither the Government nor the parents are mentally prepared to see the schools and colleges opened in COVID-19 pandemic. Since the schools and colleges remain closed the teachers have not seen their students who have been promoted to their classes.

However, the teachers have started interacting with the unfamiliar students on digital mode. The teachers also do not know who is a good student or a student poor in studies requiring additional attention. Just like a blind person, the teachers are told to hold digital classes without actually knowing the merit of the students. In fact, the teaching in schools and learning in homes are two separate experiences. Since generations, the students visit schools and in ancient days Gurukuls, for studies leaving their houses for a better future prospect. The pandemic has however, created a reverse trend, the students have returned to their houses and undergo schooling in virtual mode from their houses. The difference is clearly visible. The doubts remain unresolved due to lack of proper interaction between teachers and students. However, only students belonging to well-to-do families get some benefits while the poor students suffer and are uncertain about their future. They do not know what to do under such circumstances. More than 50 per cent of the students do not have access to the smart phones for the online classes. School and Mass Education Minister Samir Ranjan Dash has also admitted this bitter truth that lakhs of students are denied online classes due to poverty as well as poor internet connectivity. The students are unable to get the net connection to continue their classes even as their parents have arranged a smartphone or two by selling properties. A mother in Balasore district recently admitted that she has to sell her lone gold ring for purchasing a smartphone for her son. Examples are galore in poor states like Odisha. The pictures and videos of children taking online classes from tree branches, hill tops and high-rise water tanks are common in the state. Therefore, opening schools is the only alternative for solving the problem. The closure of educational institutions affects the rich and poor alike. The children of all categories have suffered. Realizing the bitter truth, the State Government on its Unlock-6 guidelines permitted opening of classes for the students of standard 9 to standard 12.  However, the move could not materialize following reports poured in from neighboring Andhra Pradesh where 262 students and 160 teachers got fresh COVID-19 infection after opening schools on 2 November. The message was enough for the State Government, which was preparing to reopen schools after 15 November, immediately stopped preparation of opening classes for 9 to 12 students and announced that the schools and all educational institutions will remain closed till 31 December.Therefore, the students are denied school and college education for the entire year. In the months of January, February and March, the students appeared for examinations and got promotion to the next classes, However, none of them could attend the higher classes as the institutions remain closed before the beginning of the academic calendar. The mother of a standard 7 student pointed out that her son has not been able to attend the classes for one single day and has already appeared the half-yearly examination online. The mother is not sure whether her son will complete his eighth standard without seeing the class teachers. Many parents are not satisfied the manner in which their children’s future is being handled. Though painful, a section of parents, mostly from lower socio-economic status, prefer to detain their wards for one year in the class to which the children were promoted early in April this year. However, it should not be a matter of choice. It is high time that the government at the national level thinks about the future of the children and takes a decision and declares 2020-21 as a “Zero Academic Year” across the country. It is, however, not a simple conclusion. A lot of exercises are needed to be completed before declaring a Zero Academic Year as it is also linked to the payment of teachers who are also paid from the amount generated through tuition fees of students during the entire year. However, declaring a Zero Academic Year will no doubt help a majority of students across the state and the country. And one state cannot take this decision. This crucial decision needs to be taken for the entire country. The argument to declare 2020-21 as Zero Academic Year holds ground as nobody knows when actually the Government would be able to allow reopening of the educational institutions. As the country is staring at the second wave of the COVID-19 after 15 December, nobody knows when the normal situation will return. The first spell of the pandemic continued for almost eight months and the second wave, which is considered as more severe, may consume more time. However, the only ray of hope is that at least 10 separate vaccines are on different stages of trial. The nation is anxiously waiting for the vaccine which will certainly help improve the situation. Parents will be happy and relaxed if their children go to schools after being vaccinated. Chief Minister Naveen Patnaik is on record saying that staying home and adhering to the COVID-19 guidelines and wearing masks should be considered as the vaccine. Under such circumstances and ahead of availability of vaccines, how can the parents be ready to allow their wards to attend schools and colleges? The entire 2020-21 academic year may also pass before vaccination is over. Therefore, the State Government should urgently take up the issue with the Union Government and make efforts for maintaining a status quo for students instead of a forced promotion for them to the higher classes. The pandemic should not be allowed to take the toll on the quality of education in India. 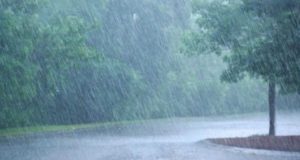