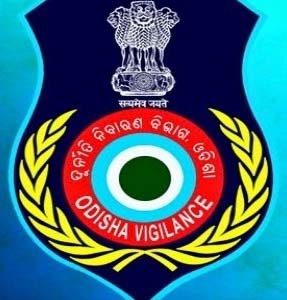 Cuttack: The Orissa High Court on Monday asked the State Government to bring the State Vigilance under the purview of Right to Information (RTI) Act. The Court has asked the Government to come up with a notification within four weeks for this purpose.

On August 11, 2016, the State Information and Public Relations Department had issued a notification to keep the Vigilance wing outside the purview of Right to Information Act.

While hearing three petitions filed in the HC against the Government’s move, the High Court bench comprising Chief Justice S. Muralidhar and Judge R.K. Pattanaik said the impugned notification in so far as it seeks to exempt the entire Vigilance Department of the Government from the view of the RTI Act would run counter to the first provision to Section 24 (4) of the RTI Act.

“In other words, the notification insofar as it prevents disclosure of information concerning the General Administration (Vigilance) Department even when it pertains to allegations of corruption and human rights violations would be contrary to the first proviso to Section 24 (4) of the RTI act and, by that yardstick, would be unsustainable in law,” the court observed.

If under the RTI Act disclosure is the norm, and non-disclosure the exception, then the impugned notification seeks to take away what is provided by the RTI Act and is therefore ultra-vires the RTI Act, it said.

By virtue of this decision of the Court, the General Administration (Vigilance) Department cannot refuse to divulge information pertaining to corruption and human rights violations, which information is expressly not protected from disclosure by virtue of the first provision to Section 24 (4) of the RTI Act.

Also, information that does not touch upon any of the sensitive and confidential activities undertaken by the Vigilance Department, cannot be withheld, the Court said.

A further clarificatory notification to the above effect be issued by the Government of Odisha within four weeks, ordered the HC.

Tathya Correspondent - April 22, 2022 0
Bhawanipatna: The Reserve Police Ground here was on Friday decorated with colourful tents, flowers and food stalls for the wedding of two...