Department of Home has brought out a notification in this regard on 29 April, notifying Mr.Upadhyay as DG Fire Services, HG and CD.

Mr.Upadhyay presently serving as DG Prisons and Correctional Services has been performing his assignment with utmost sincerity.

Prison Directorate imbibed 5T Mantra and has experienced lot of changes with use of technology and timeliness in execution of projects.

While a number of activities has been added in the Directorate of Prisons, both officials and inmates are happy over positive development ushered in by DG Mr.Upadhyay, said a senior official in the Directorate.

During his tenure, Mr.Upadhyay has improved environment in Prisons and strengthened institutional mechanism, which will have long term positive effect.

Mr.Chabra, one of the senior most Top Cops is serving as DG Special Armed Police (SAP) of Odisha.

He is expected to carry on 5T Initiatives in the Directorate of Prisons, expecting officials. 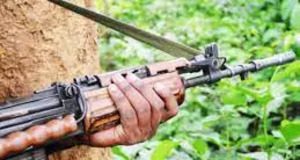