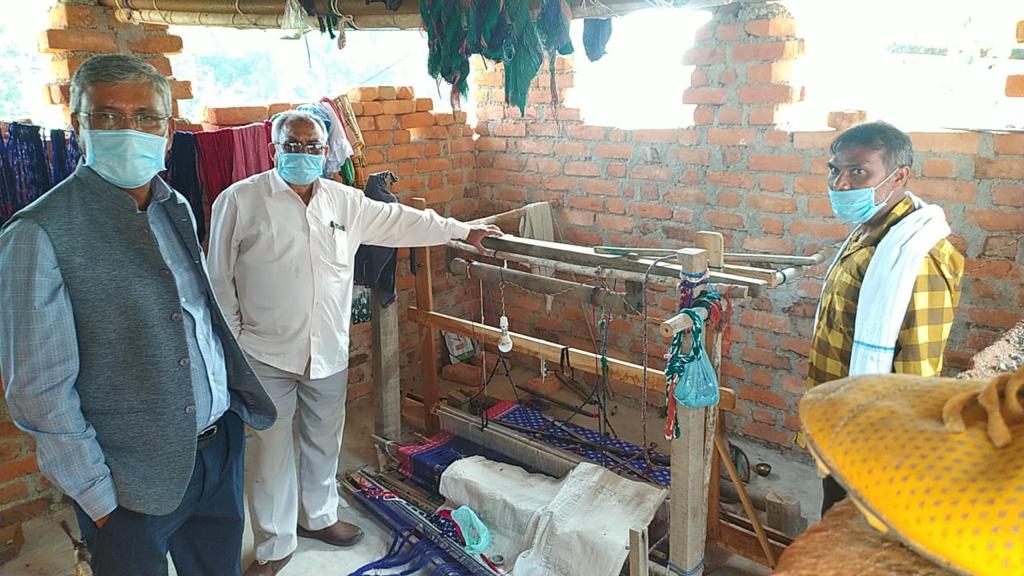 Mr.Tripathy accompanied with Bargarh District Collector Monisha Banerjee and other senior officials of the District Administration visited a number of rural enterprises in Bargarh.

Mr.Tripathy found that farmers were taking up poultry and fisheries business with enthusiasm. While visiting the integrated fisheries projects, he interacted with entrepreneurs and found that schemes floated by the State Schemes are helping them a lot.

From the very day of taking charge as WODC Chairman, Mr.Tripathy is making all out effort for the overall development of the western region of the State.

Starting from Covid-19 management related works to development of agro-entrepreneurship, he is leaving no stone unturned for the development of the districts.

Nowadays he is giving much emphasis to agro-entrepreneurship because the western Odisha districts are very rich in harvesting agricultural produces. From rice to vegetables, turmeric, various pulses are being produced in the region.

Recently, the State has successfully hosted the Agriculture Conclave 2021, which was supervised by the Principal Advisor to CM only.

The State Government is giving full emphasis to enhance the income of farmers.

“We must respond to the dynamics of the market. We need to streamline their connectivity to the aggregators and processors to play the role as producers. We need to remove intermediaries who don’t add value to the supply chain,” the Chief Minister had advised while inaugurating the Conclave.

In this line, the WODC is also taking necessary steps. Odisha has a conducive policy environment, presenting a separate agriculture budget since the past few years and has a robust agriculture policy Samrudhi-2020.

The State has several other policies including MSME Development Policy, Food Processing Policy, Start-Up Policy and Agriculture Entrepreneurship Promotion Scheme to augment overall development of agriculture and agribusiness through integration and value addition.

The State has all required mechanisms in place to become the investment destination of choice by continuously creating and delivering outstanding opportunities for business growth, fostering all round socio-economic development for the state and its people. Agri & allied sectors of the state are now open to National & Global players.

Mr.Tripathy also visited the works of Gangadhar Meher Mega Lift Irrigation Project, which is under implementation in full swing. This project will irrigate 31,000 hectares of areas and bring prosperity to farmers of Bargarh district.

Three days ago, while visiting the District for launching distribution of the BSKY Smart Health Cards, Chief Minister Naveen Patnaik had said that the Gangadhar Meher project worth Rs 2090 crore will be completed by September 2023.

The CM had announced the project in October 2017 before the Bijepur by-election. The irrigation project is an ambitious project of the State Government that aims to provide assured irrigation to around 25,600 hectares of chronically drought-hit areas. Bijepur, Sohela and Barpali blocks of Bargarh district and Dunguripalli block of Subarnapur district would get irrigation facilities from the project, sources said.

Mr.Tripathy also made a field visit to Paikmal High School, which was transformed under the 5T Initiative of the Odisha Government.  He also witnessed a training programme of tie & dye to SC women weavers and their product near Sohela.

The WODC Chairman also took stock of the progress made on implementation of the integrated development plan for the Harishankar-Nrusinghanath temples in the Gandhamardan region.

As per Government’s ambitious plan, the entire temple region will be developed with focus on religious and cultural traditions, natural ecosystem and adventure tourism. The project is likely to be completed by December 2022, sources said.

Earlier in February, a high-level committee of Government including Chief Secretary Suresh Mohapatra, WODC Chief Mr.Tripathy and 5T Secretary VK Pandian had visited the shrines for taking up over all improvement of these religious centers. 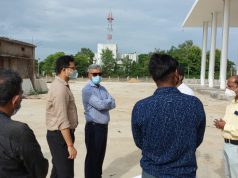 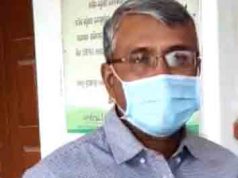