Bhubaneswar: The Ground Breaking for the much-awaited Shree Mandir Parikrama Prakalp (Heritage Corridor Project) would start from 24 November with a grand ceremonial ceremony.

It will be organized at the North-East Corner of the temple, said Chief Administrator of SJTA, Dr Krishan Kumar.

As per Vedic rituals, a Yagnya will be conducted to mark the commencement of the mega project. Moreover, some other events are also scheduled to be held during the period. The final program will be conducted on 24 November, said Dr Kumar.

As per plan chalked out at a high-level meeting held last evening, cultural events and Maha Yajna for the heritage corridor project will start any day between 21-24 November. And  ‘Purna Ahuti’ of the Yagnya will be done on 24 November.

Over 350 guests including Sadhu and Saints from various parts of the world will join the ceremony, which will be held on a fully traditional and cultural basis.

It is pertinent to mention here, the Puri District Administration had carried out an extensive eviction drive in the vicinity of the 12th-century shrine to make way for the Heritage Corridor following the Odisha Cabinet’s resolution for the construction of the showpiece developmental project.

The Heritage Corridor Project is being implemented within a 75-metre radius of the Meghanada Pacheri of the temple. The State Government has earmarked Rs 800 crore for the project.

So far, around 15.65 acres of land has been acquired for the heritage corridor — purchased from 115 families. Many land owners have come forward to hand over their piece of land for the development of Lord Jagannath’s temple. 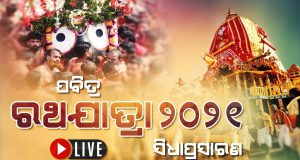