Bhubaneswar: Secretary Works, Dr.Krishan Kumar has stipulated timeline for completion of the High Level Bridge over River Mahanadi at Gopinathpur connecting to Singhanathpeetha and Baideswar in the district of Cuttack,

With the completion of the  bridge, Odisha will have the credit of having a over 3 KM long bridge in the State, which is the longest one.

Massive bridge coming up with a cost of more than Rs.130 Crore will be completed by October 2021 as the bridge proper as well as Gopinathpur side approach road has been completed and the approach road on Baideswar side is under construction.

In order to speed up the construction and review quality aspects of the huge bridge, Secretary Works, Dr.Kumar visited the site recently, where senior officials briefed him about the progress.

Dr.Kumar made an intensive review of the construction, in which he directed Chief Engineer to look into quality aspects of the bridge.

While Secretary Works Dr.Kumar harped on sticking to time line so that common people will be able to use the bridge as soon as possible as it was their long standing demand, an official said.

Chief Engineer Roads, Manoranjan Mishra outlined the details of the bridge, which includes the length of the bridge proper is 3139 Metre(3.139 KM ) is having 86 spans of 36.5 Meter each. Each span consists of three pre-stressed girders and RCC deck slab. The carriageway width is 7.5 Meter  i.e. two lane with 1.5 Meter raised pedestrian footpath on both sides.

Moreover there is a 240 Meter length and 4.00 Meter carriageway width ramp bridge connecting the main bridge at 1350 Meter from Gopinathpur side and 1790 Meter from Baideswar side to the ASI protected famous Singhanathpeetha Siva Temple Island on the upstream side of the bridge situated inside the Mahanadi river.

Thus the longest bridge in Odisha on the biggest river of Mahanadi is  a “Unique Infrastructure” both from communication as well as religious and tourism point of view.

On completion the bridge will serve the district of Cuttack as well as Odisha at large and reduce the distance from Badamba on left side of Mahanadi to Banki on right side by 45 Kilometres.

At present the approach road on the Gopinatpur side(left side) is 240 Meter and on Baideswar side(Right side) is 407 Meter connecting to Badamba and Banki with curvilinear and congested village roads .

Hence it is also proposed to connect this important bridge with long straight approach road up to the Banki Baideswar Kalapathar (ODR) road with approximately 800 Meter on Banki side and 4 KM straight road on Badamba side to connect with  Raja Athagada  Narasinghpur Road (State Highway(SH-65). 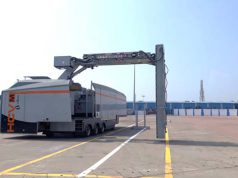 Tathya Correspondent - June 21, 2021 0
Bhubaneswar: In view of restrictions imposed due to Covid-19 situation, the Rural Development Department has postponed all tender process scheduled till June...