Bhubaneswar: Who is afraid of elections? The elections for three-tier Panchayati Raj institutions is expected in February 2022 while the people have been denied their chance to elect their representatives to the Urban Local Bodies(ULBs) across the state for more than two years. Similarly, the elections to the state cooperative institutions are also not held for a long time.

While all the by-elections for the Odisha Legislative Assembly have been held within stipulated time by the Election Commission of India, delay in holding these local bodies elections has provided a handle to the opposition BJP and Congress to blame the ruling BJD.

Is BJD chief Naveen Patnaik afraid of the rural, urban and cooperative elections? Keeping his track record, Naveen has all along been pro-elections, ready to face any kind of them.

It is also said that Naveen prepares for the next election on the day the poll results are announced. This is the major reason for BJD’s success in election after election. Naveen has returned to the office five consecutive times since 2000 and still his party continues to remain on top while both the opposition is left way behind. Therefore, the allegations that Naveen is afraid of elections, does not hold good. However, a section of important people in BJD may be inclined for avoiding elections even though the BJD enjoys a membership of above one crore out of the 4.5 crore population of the state.

The state’s main opposition party, the BJP, has been stressing more on the urban polls than on the rural polls for political reasons. The saffron party believes that it has a better opportunity in urban pockets while BJD has been deeply entrenched in villages for its several pro-people programs like Mission Shakti, Mamata, Biju Pucca Ghar Yojana, Re 1 a kg rice, rural housing scheme and many others. The BJP too has reasons to believe that it is comparatively strong in urban areas as its vote share in previous polls in urban areas was comparatively better than the rural areas. However, the seats won by the saffron candidates were much less than Naveen’s green candidates.

A senior BJD Vice President said that the BJP has no such edge over the regional party in the urban areas. Had the case been so, the BJP candidates would have won the by-polls both in Balasore and Tirtol assembly segment, which are urban in nature. This apart, Balasore was the BJP’s seat and mostly comprised urban voters. Still, the saffron party lost the polls which proved that BJP wrongly imagined that it was better placed in towns than the BJD, he said.

The BJP’s demand for holding urban polls first before the rural polls rests on the theory that the party may perform better in ULBs whose result would have a positive impact on the rural polls too. However, keeping the ongoing preparations, BJD appeared to be getting ready for the rural polls even as both the BJP and Congress have already constituted committees for the Urban Zone Elections.

In the meantime, State Election Commission (SEC) has started the initial process for the rural polls, the tenure of which ends in March, 2022. There has been no such move for holding the urban polls which is due since 2018. As almost all the ULBs remain unrepresented, they are run by the officers leading to great difficulties for the local residents. It is, however, a fact that the COVID-19 pandemic has been a major factor behind delay in holding of urban polls. Nevertheless, the state could conduct by-elections in Balasore and Tirtol assembly segments during a raging pandemic. Another factor is that the by-poll was suspended at the last minute at the Pipili segment due to the death of a candidate in Covid. The opposition parties have reasons to blame the BJD Government because it is holding back the urban elections while it went ahead with the assembly by-polls at a more delicate time.

During the pandemic period, the peoples’ representatives have more roles than the elected MLAs in the Assembly. Since COVID-19 has become more acute in urban pockets than the rural areas, the necessity for local peoples’ representatives is felt more. Both the government and the opposition parties have witnessed how the representatives of PRIs have undertaken COVID-19 management properly when lakhs of migrant workers entered into the state in the wake of the spread of infection in different parts of the country. However, the COVID-19 management was totally left to the officers in Urban Zones. The officials in the urban pockets are assigned multiple tasks besides the responsibilities of the ULBs. Consequently, the COVID-19 management was not as smooth as it had been in rural areas. This apart, the urban areas are also now reeling under the dengue menace. The officers who are tired enough in handling the COVID-19 situation have to do extra work in towns and cities to tackle the threat of dengue in the absence of Ward Councillors and Corporators in ULBs.

As there were no urban polls in Odisha, the state has already lost aid of Rs 2,000 crore from the Centre. Delay in holding urban polls and cooperative elections, however, gives a confusing signal to the people of the state and the BJD has been pulling away from the elections for no such specific ground. By keeping cooperative elections at bay, the government has been weakening the cooperative movement in Odisha, which was a major platform for farmers across the state. Though the state has been aiding the farmers through KALIA Yojana and helping women through Mission Shakti, they are not alternatives of cooperative societies. Gross mismanagement in cooperative bodies has also embarrassed the state government earlier. In the absence of elected bodies, cooperative societies are dwindling, so also the urban local bodies.

Therefore, ahead of the 2024 General Elections, the political parties in Odisha have to undergo several tests like in urban polls, rural elections and the cooperative elections. All the three major parties are now bracing themselves up for the series of polls. Only the green signal is missing from the State Government for which opposition is trying vociferously. 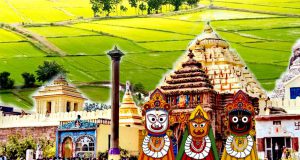