Bhubaneswar: Thanks Padampur! This nondescript drought prone area, numbered 1 among the 147 assembly constituencies in Odisha, has given a clear message to the entire state and for the country also. Padampur in Bargarh district has shown what democracy actually means and how powerful are the people. Though this ‘power of common man’ was earlier talked about in the speeches and writings in newspaper articles, the people of Padampur have proved it in a proper manner at the right time ahead of the 2024 General Elections for the Lok Sabha and Odisha Legislative Assembly.

Padampur is now famous for its unity and showing the world how the cunning politicians are forced to make sit-ups for votes, which in democracy is most valuable. The people of Padampur have also proved that they mean business and they can not to be purchased by any political party. The people have hit the politicians when the election came in shape of a by-poll following the untimely death of its sitting MLA Bijay Ranjan Singh Bariha. The by-poll is scheduled to be held on December 5 and the last date for filing nomination papers was November 17.

As Padampur by-poll is considered the last electoral battle among parties before the 2024 general elections, its outcome has much more significance both for the BJD and the opposition BJP and the Congress. Therefore, all the parties want to score over the rivals and win the seat in order to boost confidence of their ranks and files and also give a lasting impression that the people have trust on any particular party.

The by-poll in Dhamnagar has given a clear cut message that most powerful regional party, BJD, can also be trounced. Though BJD won in all the by-polls held in Odisha since 2009, it had to taste defeat at Dhamnagar. Naveen’s candidate Abanti Das lost to BJP’s greenhorn Suryabanshi Suraj. Though the BJD President said that Dhamnagar was BJP’s seat and the saffron party retained it, the same theory had not appliedin the Balasore Sadar by-poll results. Dhamnagar by-poll results also indicated that there was something wrong within the mighty BJD which led to its defeat.

In the backdrop of thedefeat in Dhamnagar, the BJD cannot afford to lose the by-poll at Padmapur. The seat was won by BJD’s Bijay Ranjan Singh Bariha by defeating BJP’s Padip Purohit, a firebrand grass-root level leader of the region. If Naveen’s theory of BJP winning Dhamnagar seat was due to popularity of late MLA Bishnu Sethi and base of BJP, then the BJD should certainly win in the Padampur seat. Therefore, Padampur by-poll is more crucial for BJD than for the BJP and any other political party.

Winning the Padampur by-poll may be a political compulsion for the BJD or for that matter, the BJP. But, the people, mostly farmers of Padampur, have different priorities. Cutting across the party line, the Padampur voters comprising 82 per cent farmers, have made it clear that the agrarian issues must be solved before anyone goes to polls. The people have united and asked how they are going to benefit if the BJD or the BJP wins the by-poll?

The farmers in Padampur say that they have genuine demands. They have been demanding settlement of their crop insurance under the Pradhan Mantri Fasal Bima Yojana and agricultural input subsidy for the loss of crop in the 2021 drought. Though the cultivators of Padampur face innumerable problems, they have picked up just two issues like immediate payment of crop insurance claims and drought input subsidy. “We have been staging the agitation demanding crop insurance claims since September 21 and now in mid-November, just before the by-poll, the Centre announces that the matter has been settled. We have no trust in the announcements. The farmers will call off the stir only after getting the money in their bank accounts. We are not begging, but demanding our insurance claims,” said Ramesh Mohapatra, a farmer leader.

Mr.Mohapatra said that they have paralysed the office of the Sub-Collector at Padampur for 20 days, blockaded roads and rail several times to get justice. Neither the Central Government nor the State Government even heard them. The farmers have realized that only they can help themselves and not the politicians of any party. Keeping in view the desperation of both BJD and BJP to win the by-poll in Padmapur, the farmers, who are the deciding factor in the constituency, ensured that they will not run after leaders, but make politicians run after them. The leaders who were reluctant to have talks with them finally made a beeline to meet the farmers at their temporary tent near Padampur Sub-Collector’s office. Union Minister Dharmendra Pradhan, Odisha’s Finance Minister Niranjan Pujari and many other leaders and aspiring candidates met the farmers and all assured to resolve their issues. However, farmers did not trust them.

The State Government led by Chief Minister Naveen Patnaik also announced Rs 200 crore input subsidy for the drought affected farmers of Odisha including those in Padampur assembly segment. Interestingly, the state government announces release of input subsidy amount for the drought of 2021 in November 2022, one full year after the calamity!

The crop insurance settlement which was pending for over a year was just cleared in 24 hours. Dharmendra Pradhan, who is considered as the face of BJP in Odisha took no time to move the Union Agriculture and farmers’ Welfare Minister, Narendra Singh Tomar, and ensured that the crop insurance claims were settled. This is not all, Tomar himself took to social media and informed the farmers that their claims were settled. Thanks to the unity of the farmers and people the release of funds was ensured in 48 hours’ time without hitting the streets.

Similarly, the people of Padampur have also brought out words from the Chief Minister’s mouth that their separate district formation demand will also be fulfilled before December 2023.

Some people may say that the developments taking place are nothing less than  miracles. But the fact remains that it is people power which made the politicians, supposed to be servants of the masses, to bow down keeping in view the ensuing by-polls. Voters of Padampur deserve kudos for their unity and single-minded pursuit. 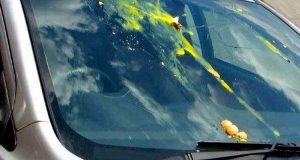 Braja Mishra - November 27, 2021 0
Bhubaneswar: Eminent author John Milton’s famous line:  "The childhood shows the man, as the morning shows the day," is a good guide to...