During its visit Mr.Yutaka also called on Governor Prof.Ganeshi Lal here on 12 November.

Delegation met officials of the Industrial Promotion & Investment Corporation of Odisha Limited (IPICOL) and IDCO and discussed the potential business tie-ups between Japan and Odisha, followed by a visit accompanied by CGM, IPICOL to the Indo-Nissin Factory in Khordha Industrial Estate.

Indo-Nissin, a popular name in the instant food industry, has been blossoming over the years, and Mr.Yutaka expressed his happiness at the progress made and the proposed expansion plans of the company.

On the following day, the Consul General visited the Gopalpur Industrial Park and visited Tata SEZ and various other facilities.

During this visit, the Japanese Consul General reflected on the growing Indo-Japan commercial ties which he attributed to stable governance, seamless connectivity by sea, road, and air, a conducive business environment, and the ease of doing business which are attractive value additions for the Japanese Industries that are currently shifting their focus from the Northern regions of India to the eastern parts of the country.

According to officials, successful business ties in long term could result in an increased frequency of investment from abroad and the progressive policies rolled out by the State government in favour of industries is sure to put Odisha at the forefront of industrially developed states in the country. 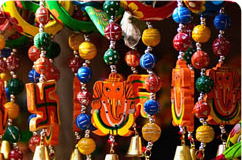