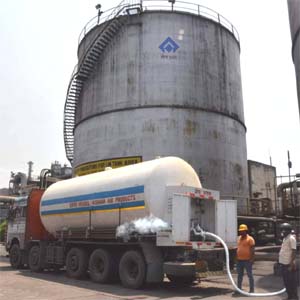 Bhubaneswar: Steel Sector in general and Steel Authority of India Limited (SAIL) in particular, is continuing their best efforts in making available Liquid Medical Oxygen (LMO) across the country, thanks to overdrive of the Ministry of Steel.

All the SAIL Units including Rourkela Steel Plant are continuously improving its oxygen supply and has been on the forefront in this humanitarian effort, officials say.

The total daily medical oxygen production capacity of Steel plants is 2834 MT. In the Steel Sector, there are 33 oxygen plants, both with Central Public Sector Enterprises (CPSE)s and in Private Sector of which 29 are tapped regularly.

With all these efforts, 2894 tons were dispatched to different states on April 24 by Steel Plants in public and private sector as against 1500/1700 metric tons per day a week earlier.

The steel plants requires gaseous oxygen, primarily for steel making and for oxygen enrichment in blast furnaces, apart from some general purposes like lancing and gas cutting.

Such plants can produce 5-6% maximum Liquid Oxygen (LOX) at the peak capacity, which is a highly pure product compared to the industrial oxygen. These plants can only optimize LOX production by sacrificing some gaseous oxygen and optimize process parameters.

In the meantime, all out efforts are being made to enhance the production of liquid oxygen and for dispensing the same for which all oxygen plants whether in private or public are working 24×7 and dispensing oxygen.

Steel plants are also filling oxygen cylinders and supplying to the States/hospitals.

Steel plants in both public and Private sector are striving hard to supply the liquid oxygen to different states. The Average delivery of Liquid Medical Oxygen by SAIL has been raised to more than 800 tons per day.

Around 1150T of LMO was delivered on 23 April, and the quantity delivered yesterday was 960 Ton. 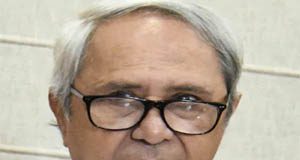