The procurement season would commence from November 1 and continue till June next year. The government will procure paddy during kharif and rabi seasons separately during the period.

In terms of rice this comes to around 48 LMT, Chief Secretary SC Mahapatra said after the proposal was approved at a meeting of the State Cabinet chaired by Chief Minister Naveen Patnaik here.

For Kharif, the tentative target for procurement of paddy would be 57 LMT and for Rabi, it will be 14 LMT. “There is no bar for procurement of any higher quantum if more paddy comes to ‘mandis’ from registered farmers,” Mahapatra said.

Under the policy, the State’s Food Supplies and Consumer Welfare Minister has been authorised to revise this target if the need arises, he informed.

The Kharif paddy will be procured in the state from November 2021 to March 2022 and Rabi paddy from May to June, next year.

Highlighting that the paddy will be procured from registered farmers by payment of Minimum Support Price (MSP), the Chief Secretary said the paddy will be milled into rice by Custom Millers appointed for the purpose.

The rice obtained will be utilised in the state’s Public Distribution System (PDS) to meet the requirements under National Food Security Act, State Food Security Scheme, and other welfare schemes and the surplus rice will be delivered to the Food Corporation of India (FCI), he said.

Paddy will be procured from farmers who are registered in the online portal of FS and CW Department and Aadhaar will be the only ID proof for a registered farmer to sell paddy to the Government. The sale of paddy is subject to Aadhaar based biometric identification, he said.

Like previous years, the Chief Secretary said all registered and eligible farmers will be intimated in advance through SMS regarding the date of sale of paddy and the quantity to be sold.

Small and marginal farmers shall be accorded priority for sale of paddy to Government, he said, adding there would be no imposition on farmers to keep aside a certain portion of their produce for personal consumption by their families.

A registered farmer can sell his entire surplus, as per approved yield rate, to Government. This will facilitate entry of more small and marginal farmers into the procurement fold, he stated.

Odisha State Civil Supplies Corporation (OSCSC) will procure paddy in all districts. Payment of farmers’ dues on account of paddy sold to Government shall be transferred directly to their bank accounts through online mode within 24 to 48 hours of the sale of paddy, said the CS.

No rice miller who has any outstanding dues to be paid to a State Government agency on account of CMR delivery of KMS 2020- 21 and earlier procurement seasons shall be allowed to participate in the procurement operation in KMS 2022-23.

Odisha requires 22 LMT of rice annually for its PDS. Surplus rice will be delivered to Central Pool through the Food Corporation of India (FCI).

In another major decision, the Cabinet has approved the proposal to change the functional system in mining & geology administration under the Steel & Mines Department.

The new Directorate of Mines & Geology will be headed by the Director, Mines & Geology from the IAS/IFS Cadre to be assisted by four Additional Directors in the new Composite heading Mining, Geology, Administration & Finance Wings.

This new administrative structure in the shape of a Composite Directorate shall facilitate sustainable mineral development through more effective & efficient mineral administration leading to augmentation of mineral revenue in the State, he added. 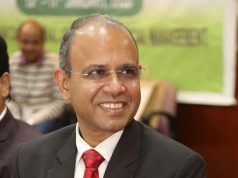 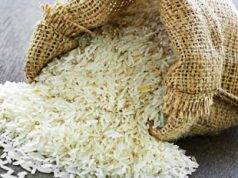