Mr.Mohapatra quoted Ministry of Health & Family Welfare orders in this regard.

MoHFW said that private hospitals can charge up to Rs.150 on service charges and the State Governments will monitor the prices being charged.

Accordingly, ACS Health & FW has directed the District Collectors that any deviation of overcharging by the private CVCs comes to their notice, appropriate action shall be taken against such private CVCs.

MoHFW  also said that steps are being taken to put the required validations by the CoWIN portal to make sure that prices declared by several private Covid-19 Vaccination Centres  do not exceed that mandated by the Union Government.

In its order, the MoHFW  also highlighted that the prices declared by private CVCs needs to be reset to the maximum value instructed by the the Union Government.

Covishield, manufactured by Pune-based Serum Institute of India, cost  Rs.600 per dose as declared by the company.

The GST on Covishield is Rs.30 and with a service charge of Rs.150, a beneficiary will not pay more than Rs.780 for a jab of the Oxford-AstraZeneca-developed vaccine.

Sputnik, which is manufactured by several manufacturers like Gland Pharma, Hetero Biopharma, Panacea Biotec, Stelis Biopharma and Virchow Biotech in partnership with the Russian Direct Investment Fund (RDIF), has set the price at Rs.948. With a GST of Rs.47.40-Rs47 and a service charge of Rs.150, a beneficiary will be charged Rs.1,145.

Covaxin, manufactured by Bharat Biotech, costs Rs.1,200 per dose as declared by the Hyderabad-based Pharma Major. The GST on Covaxin is Rs.70 and with Rs.150 service charge levied by private CVC it will cost the beneficiary Rs.1,410.

In the meantime, Government of India has communicated fresh guidelines for implementation of National COVID Vaccination Program, which will come into effect from 21 June.

ACS Health & FW has informed the District Collectors about the fresh guidelines to be adopted by them for Vaccination Management.

According to National COVID Vaccination Program Union Government will allocate vaccines to States based on criteria such as population, disease burden and progress of vaccination.

All citizens irrespective of their income status are entitled to free vaccination and those have ability to pay are encouraged to use private CVCs for vaccination. 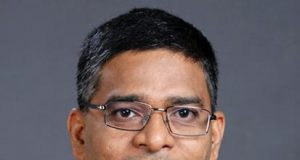 Tathya Correspondent - August 18, 2021 0
The State Government has achieved another milestone in the ongoing Covid-19 vaccination drive by administering over 2 crore doses of vaccines since...