Bhubaneswar: The State Government has issued operational guidelines to provide interest subvention to such units under the Emergency Credit Line Guarantee Scheme (ECLGS).

The Micro, Small and Medium Enterprises (MSME) Principal Secretary Satyabrata Sahu has issued the guidelines on Tuesday that will be applicable for the whole of the State.

The interest subvention will be applicable for the Financial Year 2020-21. Extension of the scheme for a further period may be decided by the State Government considering the pandemic Covid-19 situation, the guidelines said.

The interest subvention shall be made available to MSMEs extended with additional loan by Banks & Financial Institutions and Non-Banking Financial Companies (NBFCs) under the Emergency Credit Line Guarantee Scheme.

The MSMEs assisted under ECLGS and continue its production/operation will get the benefit while the benefit will not be extended if the MSME goes out of production /operation.

However, exceptions will be given if the unit is closed due to situations like natural calamities, shutdown/ lockdown due to pandemic situations, want of electricity, labour trouble and for reasons beyond the control of entrepreneur /management. The interest subvention will be extended on resumption of production or operation.

As per the guidelines, women enterprise means enterprise managed by woman in proprietary concern or in which she /they individually or jointly has or have a share capital of not less than 51 percent as partner(s).

Negative list under the extant policy provisions shall not be applicable under the present Scheme of Interest Subvention.

The MSME Department in consultation with the Director of Industries will identify the nodal bank(s) at State level for this purpose.

After disbursement of loan installment, the concerned Bank/ NBFC will intimate interest subvention claim to the Nodal Bank under intimation to the concerned RIC /DIC at the end of each quarter in the prescribed format.

The claim for interest subvention shall exclude penal interest etc and be allowed on issue of a certificate by the Bank to the effect of no over dues and regular/timely repayment of loan.

The nodal bank will release the interest subvention amount to the financing Bank Branch/ NBFC in favour of the loanee MSMEs under intimation to concerned RIC/DIC.

In case the Government found any irregularities or fraud, the paid amount will be recovered from the beneficiary.

The Aadhaar Number of the beneficiary will be linked for extending interest subvention under this scheme. 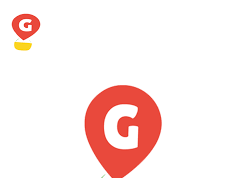