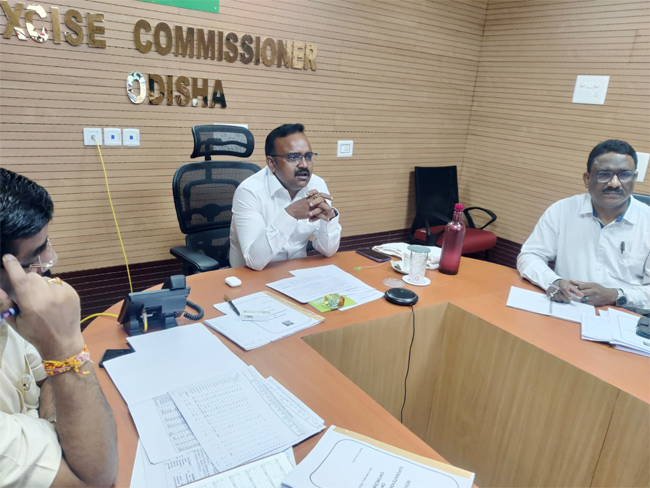 Cuttack: Directorate of Excise in Odisha has created a record on seizure of illegal excise materials and arrest on such cases during the financial year 2021-22.

The Team Excise headed by Ashish  Kumar Singh, Commissioner of Excise have seized excise materials including drugs worth Rs 133 crores in the year 2021-22, while such materials of Rs 71 crores were seized during the previous fiscal 2020-21.

Similarly, the detection of cases and arrest under NDPS Act has also increased by 73 per cent and 98 per cent during the last fiscal.

During destruction Drone Camera have been utilised in the District of Koraput, Gajapati, Malkangiri and others district for identification of hemp plant areas, officials said.

During the meeting, the Excise Commissioner Mr.Singh appreciated the performance and achievement of the Excise Officers during the year 2021-22.

He instructed all Superintendents of Excise & EI EB Units to strengthen and enhance the enforcement measures in the year 2022-23 and to conduct frequent raids against the illegal manufacturing, distributing and sale of ID Liquor/ duplicate IMFL / Non duty paid IMFL / NDPS items.

The Directorate of Excise has formulated a Plan of Action and  strategy for enforcement work in the year 2022-23 during the meeting, said a senior official.