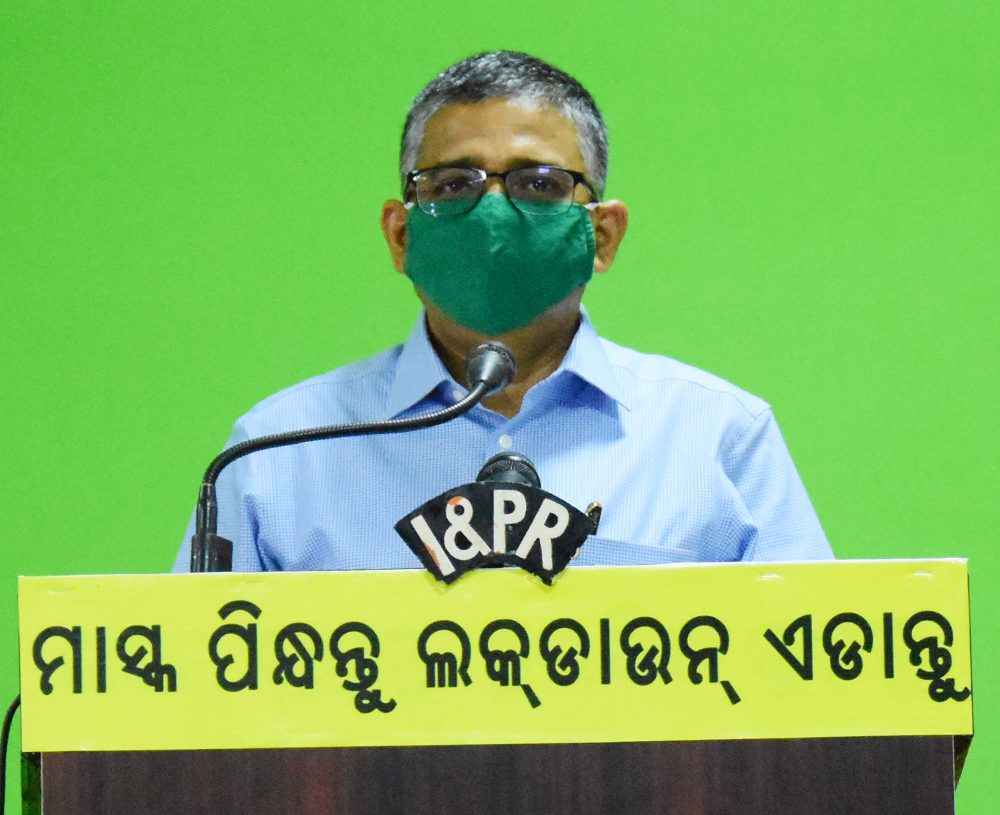 “Hospital beds should be kept vacant for critical patients. All COVID-19 positive persons do not need hospitalization.”

The State Government has made arrangements to monitor the health condition of all people in home isolation and they can be shifted to nearby hospitals in case of an emergency.

There is no shortage of beds or oxygen in Odisha, Mr.Mahapatra said. “We have been supplying oxygen to other states due to surplus availability. But if a situation arises, the demand of our state will be given priority,” he said.

The official said that the situation in Khurda, Cuttack and districts bordering Chhattisgarh is sensitive and requested people to follow the COVID-19 protocols.

The Phase III COVID-19 vaccination for the people in the age group of 18-44 years will not start in Odisha from 1 May as it is the first day of the weekend shutdown across the state and due to lack of stock, an official said on Friday.

Additional Chief Secretary, Health and Family Welfare, Mr.Mohapatra said “We do not have the required vaccine stock to roll out the third phase of inoculation on Saturday. This apart, 1 May and 2 May are two days of the weekend shutdown. Therefore, the state cannot start the third phase either on 1 or 2 May.”

There are an estimated 1.93 crore people in the 18-44 years age bracket in the state.

Residents of the BMC region only get Covaxin while people in the 30 districts of the state get Covishield. The requirement of Covishield is 3.77 crore doses, he said.

“We have written letters and are in constant touch with vaccine manufacturing companies. They assured us to supply vaccines, but did not give any specific date when the vaccine consignment will reach the state,” the official said.

As soon as vaccines are available, the state will start the third phase of the inoculation any day after 3 May, he said and asked the beneficiaries to continue registering their names in the official portals for the vaccination.

Mr.Mohapatra said that the state has the capacity to vaccinate three to four lakh people a day.

“We have already given Rs 700 crore to the Odisha State Medical Corporation Limited for procurement of the vaccines,” he added.

Chief Minister Naveen Patnaik earlier announced that the people in the age group of 18-44 years, who constitute 43 per cent of the state’s population, will get the vaccine for free.

On the people who are above 45 years, Mr.Mohapatra said that immediately after arrival of the vaccines, priority will be given to those who are waiting for the second dose which needs to be given within a stipulated period.

He said that inoculation could not be held in five districts on Friday due to shortage of vaccines.

Tathya Correspondent - July 18, 2021 0
Bhubaneswar: Odisha has vaccinated over 1.4 Crore beneficiaries across the State out of which 63.34 Lakh of 45 and above age group...