Bhubaneswar : The Chatisha Nijog of Shree Jagannath Temple has recommended to reopen Srimandir on 23 December.

The Temple will be reopened on 23 December only after getting permission from the State Government, he said.

Initially, the devotees from Puri will be allowed to have darshan of the deities, when the 12th century shrine reopens in Phase I

The SJTA Chief Administrator further said that there will be no darshan of the deities on January 1 and 2 in view of overcrowding.

Darshan will resume from January 3. Devotees with COVID negative report will be allowed to enter the temple.

COVID Negative certificate done in last 48 hours will be required. RAT and RT PCR both tests will be allowed

A maximum of 5000 devotees will be allowed in a day to have darshan of the Lord Jagannath.

Thereafter, looking at experience of handling, numbers per day will be gradually increased every week.

The use of mask and sanitizer will be compulsory for the devotees.

Queue arrangements will be implemented both outside and inside temple.

Detailed Standard Operating Procedure (SOP) will be issued for the devotees after the approval of the State Government, the SJTA Chief Administrator added. 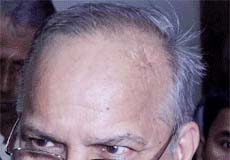 Himanshu - December 25, 2020 0
Bhubaneswar: The Oversight Authority under the Chairmanship of Justice AK Patnaik has expressed satisfaction over the quality and progress of the projects...