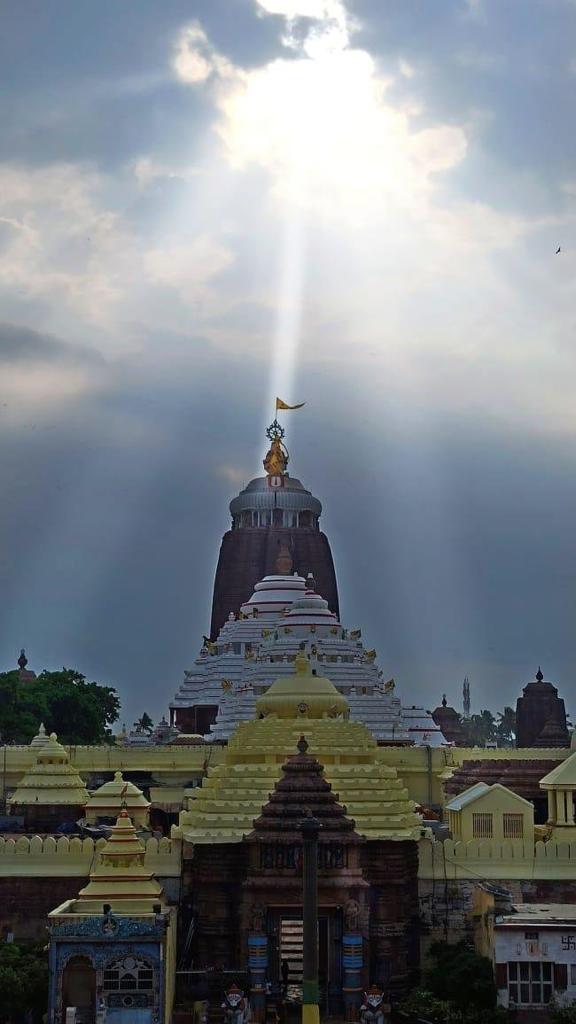 Bhubaneswar: Does Lord Jagannath Temple continue to remain in news for all the wrong reasons? Be it the Nabakalebara festival or missing keys of Ratna Bhandar, and now the Shree Jagannath Heritage Corridor Project. The negative developments taking place in the 12th century shrine of Lord Jagannath hurt the religious sentiments of crores of Hindus and the phenomenon continues unabated.

People continue to express concern and displeasure, but there seems to be no solution to the problems. Every time, attempts are made to patch up the incidents without any tangible punishment for the wrong-doers.

First take the instance of the Lord’s Nabakalebara festival, which happens once in 12/15 years. Undoubtedly there was gross negligence and a statewide outcry for “Ghata Paribartan” during the day time instead of being performed in dark night. The 2015 Nabakalebara could be the first incident in the history of the 800-year-old shrine when the main ritual of “Ghata Parivartan” was messed up.

During the Nabakalebara, the wooden idols of Lord Balabhadra, Devi Subahdra, Lord Jagannath and Lord Sudarshan, are completely replaced, and this ancient ritual has many phases which starts from ‘Banajaga Jatra’. In this ritual, the Daita servitors go on searching the neem trees for making new idols. People have seen how the trees were selected and how a Minister and an MLA turned this ritual into a photo session. The religious fervor of the festival was affected from the very beginning, and it finally gave a big blow to the “Ghata Parivartan” ritual.

In the case of the Ratna Bhandar issue, the missing keys continue to remain a mystery and people till today do not know whether the administration has any access to the “Bhitar” (inner) Ratna Bhandar. A commission of inquiry was also appointed by the government. But people are still in the dark as to whether the keys were found or not, and how the keys went missing.

The Shree Mandir Heritage Corridor project aimed to transform the pilgrim town into a world class heritage site. A resolution was passed in the Odisha Legislative Assembly and Chief Minister Naveen Patnaik attended the Maha Yagna held at the beginning of the project. Puri’s Gajapati Maharaja Dibyasingha Deb also joined the occasion and performed puja. The entire House agreed that the corridor project work should continue. Still there is controversy and cases are filed in lower courts to Orissa High Court while the VHP-backed Shree Mandir Surakshya Abhijan has also threatened to take the matter to the Supreme Court.

The issue has also been raised in both Odisha Legislative Assembly and in the Lok Sabha. Though all support the developmental activities, majority of them do oppose the manner in which the works are being implemented. The doubts over the project originated when the administration dug 20 feet pits within 100 meters from the temple boundary wall, categorized as the Prohibited Zone according to the Ancient Monuments and Archeological Sites and Remains Act (AMASR), 1958.

The doubts over the government’s intention further intensified when Puri MP Pinaki Mishra informed the Parliament that only four toilets are being constructed in the Prohibited Zone and all the works are being done as per law of the hand. Mishra, however, in the face of criticism clarified that he could not mention about the clock rooms due to time constraints in the Lok Sabha. Critics expressed wonder as to why such pits were dug then.

Bhubaneswar MP and BJP Leader Aparajita Sarangi took the lead and raised many questions on the intention of the government. She demanded declaration of names of the civil or archeological engineers who directed digging 20 feet pits in the prohibited zone. The visit of the Chief Secretary also added to the confusion when he told media that the corridor project work is being done in “coordination” with the ASI, which later on May 9 through an affidavit informed the Orissa High Court that no valid permission was accorded by it for undertaking massive excavation in the prohibited zone.

The ASI’s affidavit has also created doubt over the statement of Gajapati Maharaja of Puri Ddibyasingha Deb, who had earlier claimed that the corridor project has not harmed the old shrine. The ASI, on the other hand in its 70-page affidavit said: “There is every possibility that the construction agency, Odisha Bridge & Construction Corporation(OBCC) during the excavation and removal of the earth might have destroyed the archaeological remains of the heritage site.”

The ASI further exposed the state government saying: “No heritage impact assessment studies have been conducted before commencement of the project. At several locations stratified deposits of about 15 to 20 feet have taken place, which has caused irreparable damage to the heritage site”.

The issues linked to the Puri corridor project seem endless.  Every day, new issues are coming to the fore. Now after agreeing to shift the Shree Jagannath Reception Centre to a regulated zone, beyond 100-meter from the boundary wall, the local people have started agitating not to part with their homestead land further.

Shree Jagannath Temple is being governed through a special legislation and the Department of Law manages the shrine. However, it seems the state has overlooked the temple issues, which is leading to confusion and controversy. The state government which has earned a name at international level for proper management of disasters like cyclones and rescuing Odisha’s finance from bankruptcy, has failed to manage a temple, which is the epicenter of faith and the identity of Odisha.

All the incidents linked to the Shree Jagannath Temple seem to be man-made and crores of people feel sorry for the faults of a handful of people, be it servitors, administration or the government. The question is not who commits mistakes, but whether the government gives priority to the temple issues.

Shree Jagannath temple issues are as such complicated and cannot be solved with iron fists. It calls for application of mind and focused attention. This is high time that Chief Minister Naveen Patnaik, also a heritage lover personally intervened and resolved the matter in order to transform Puri Dham as an international heritage site. 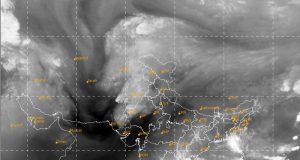 Riding Out The Storm

Braja Mishra - May 29, 2021 0
The scientific community across the globe has a unanimous opinion: never interfere with nature, rather cope with it. And this nature has...