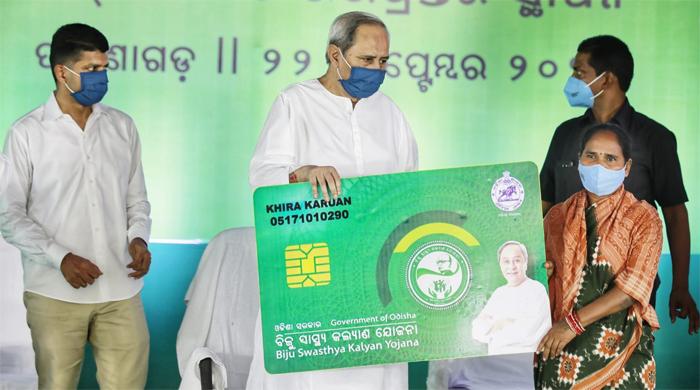 Balangir: Chief Minister Naveen Patnaik on Wednesday said the State Government has taken concrete steps to ensure that no one is deprived of good medical care for want of money.

“No one should be deprived of good medical care for money. Every life is precious for me. The state will prosper if everyone remains healthy,” Mr.Patnaik said while distributing smart health cards”.

In Titilagarh, he inaugurated the program by awarding a smart health card to Sarojini Bahidar as the first beneficiary of the district. Around 4.5 lakh families in the district will get the facility.

Describing the smart health cards as a milestone in the country’s healthcare delivery system, Mr.Patnaik said the BSKY is now being implemented in a new shape by distributing the cards to all ration card holders under the National Food Security Act (NFSA) and State Food Security Scheme (SFSS).

Maintaining that Odisha is the only state in the country to make such a provision, the Chief Minister said that while 97 lakh families across the State are getting the benefit, 4.5 lakh families in Balangir district will be benefitted by the scheme.

The beneficiaries will be able to avail free health services by using this card in more than 200 major hospitals across the country, he said adding that no documents will be required for treatment of the card holders.

Every family can avail healthcare services up to Rs five lakh cost per annum, while women members are eligible the benefit up to Rs ten lakh per year, Patnaik said.

In Titilagarh, the Chief Minister launched a number of projects, He inaugurated a a water pipeline project in Titilagarh-Saintala block 6 and laid the foundation stone of the piped water project for all houses in Titilagarh town.

Launching several projects in Patnagarh, Mr.Patnaik laid the foundation stone for the development of the famous Harishshankar Peetha and said this is an important pilgrimage site in the state and known for its natural beauty.

The chief minister said the shrine is being developed under the 5T program to promote the religious and cultural traditions in the region.

Finally, the Chief Minister visited Balangir and inaugurated several projects . “Education and health form the foundation of all development,” he said. That is why the state government attaches great importance to the development of these two sectors under the 5T program.

Referring to Rajendra University, the Chief Minister said that this is the second most important institution in the district after Sant Bhima Bhoi Medical College. The Chief Minister promised that the state government would provide all possible assistance to make it an ideal and model university.

The Chief Minister sought the cooperation of the people in the development of the state and said that this would further strengthen his resolve for development and service. 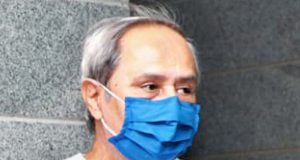 Tathya Correspondent - March 14, 2021 0
Bhubaneswar: Chief Minister Naveen  Patnaik has set a target of 'Zero Infection' even as the COVID-19 tally in Odisha has mounted to...