The accident in Balasore’s Soro area occurred around 1.40 pm on National Highway 16 in Bidu area when the goods vehicle rammed into the bus causing it to fall into a roadside ditch, a senior officer said.

“The bus was standing on the road to lift passengers when the mishap happened. It was going from Mayurbhanj to Bhubaneswar. The truck overturned on the road after the accident,” he said.

A woman and a child were among the deceased, Balasore Regional Transport Officer Rashmi Dalabehera said, adding, the deceased have not been identified so far, the police officer said.

The injured people have been admitted to hospitals in Soro and in Balasore town, he added.

The accident in Subarnapur district took place on Mahanadi Bridge early during the day when the 10 occupants of the SUV were returning home in Nimma village in Ullunda block from Kaudiamunda village, a police officer said.

Five of them died on the spot, while the remaining five were trapped inside the vehicle, and police rescued them by using gas cutters, he said.

The deceased were identified as Asish Pandia, Pramod Pandia, Siddhi Pandia, Trayambak Meher and Subham Pandia, who were residents of Nimna village.

The injured people are undergoing treatment at Veer Surendra Sai Institute of Medical Sciences and Research (VIMSAR) in Burla, he added.

The Chief Minister has announced an ex-gratia of Rs 2 lakh for kin of each victim.

He also directed the district authorities to provide necessary treatment to the injured. 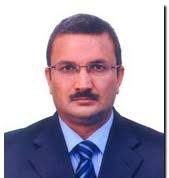 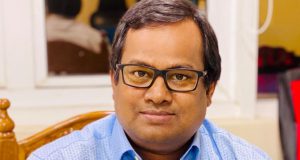 Tathya Correspondent - May 14, 2022 0
Bhubaneswar: In an aim to strengthen the supply chain and ensure hassle-free transportation of all kinds of goods, the State Government has...