Mr.Singh, known for his overdrive on enforcement of Law has been roped in by the State Government as there is requirement of aggressive enforcement  measures to prevent illicit trade of liquor and to stop clandestine operations.

While Department of Excise is a revenue earning department, role of Excise Commissionerate is more important as the State Government wants to mop up more revenue from the sector.

Naturally the State Government opted for a dynamic and pro-active Top Cop, who means business, pointed out a senior officer. 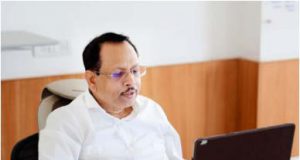 Tathya Correspondent - May 3, 2021 0
Bhubaneswar: Additional Chief Secretary and Special Relief Commissioner, Pradeep Kumar Jena has appealed the people not to do panic buying and create...