Puri: Shree Jagannath Temple in Puri will remain closed from 10 January in view of the increasing COVID-19 cases, a senior official said on Friday.

The temple will remain closed till 31 January, as per the decision taken at the meeting of Chhatisa Nijog — the apex body of the temple’s servitors, he said.

The meeting was also attended by staff members of the Shree Jagannath Temple Administration (SJTA) and district officials.

“In view of the health interest of devotees and servitors, it has been decided to close the shrine from January 10 to January 31. The decision was unanimously taken at a meeting of Chhatisa Nijog,” Puri’s District Magistrate Samarth Verma told reporters.

The daily rituals at the 12th-century shrine will be carried out as per the tradition by select servitors and priests, he said.

The decision was taken a day after several temple administration staff members, and servitors tested positive for COVID-19. 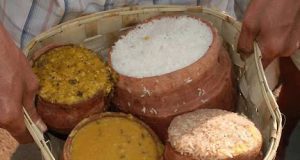 Tathya Correspondent - June 10, 2021 0
Puri: The Shree Jagannatha Temple Administration (SJTA), Puri has made elaborate arrangements for smooth distribution of Mahaprasad on the occasion of Savitri...