This was informed by Commissioner of CT & GST, Sushil Kumar Lohani here on Monday.

Odisha has also maintained the highest growth rate of gross GST amongst the major States with a collection of Rs 4910.23 crore during April ‘22 as against Rs 3849.48 crore collected during April’21, registering a growth of 28%, he said

The gross GST collection during April ‘22 is also the highest in a month since inception of GST.

The high growth in gross GST has been led by mining and manufacturing sectors with growth of 179% in mining sector, 270% in manufacturing Sector and 105% in Trading Sector.

In addition, regular surveillance and intelligence-based action against the tax evaders have contributed significantly in improving compliance by the taxpayers, he added.

The Commissioner has instructed the field officers to ensure at least 90% return filing, return scrutiny of all suspected/ big taxpayers as well as prompt demand and recovery in case of detection of irregularities.

He has further advised to devise sector specific strategies for detection of tax evaders and to also focus on real estate, minor mineral, trading sector etc.

The robust growth of GST is also a result of better non filer management and regular return scrutiny by Circles combined with enforcement activities. During the last Financial Year, Rs. 479.08 crore had been collected in cash after raising demand from wrong return filers while Rs. 36.23 crore had been collected as interest from late filers. Similar activities are being undertaken during this year also, he informed. 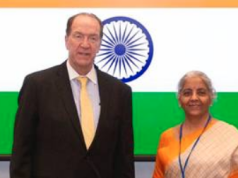