Bhubaneswar: For the first time Superintendent Engineers will be heading Minor Irrigation Divisions instead of Executive Engineers.

Keeping in view of the increasing workload, the stagnation in promotion and the resultant erosion in productivity in various Engineering Departments, the Government restructured the Minor Irrigation Cadre under Odisha Engineering Service (OES) in respect of Water Resources Department.

While earlier State Cabinet approved the proposal, now restructure notification has been brought out on 3 September.

The total number of sanctioned posts of Engineering Service Cadre in respect of Minor Irrigation wing of this Department of Water Resources (DoWR) has remained as 246 as before.

A new post of Additional Chief Engineer is created in the pay Level-16 between Superintending Engineer and Chief Engineer of the Minor Irrigation to head at the circle level.

The Chief Engineers will remain as the Head of the Department as before. Three Chief Engineer posts are created one each at Bhubaneswar, Berhampur and Sambalpur.

One post of Engineer-in-Chief is created to function as head of the Organization in Pay Level-17.

All the posts now upgraded under restructuring are to be filled up strictly on the basis of seniority and suitability with exclusion of persons considered unsuitable as in the case of promotion.

The total number of sanctioned posts of Engineering Services in respect of Minor irrigation Wing of this Department has been proposed to remain at 246 as before.

Entry level post for degree engineers has been kept as Assistant Executive Engineer in Pay level-12 of ORSP-2017 as prevailing. 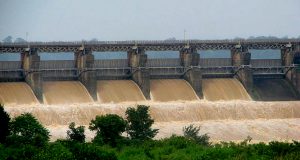 Tathya Correspondent - June 27, 2022 0
Bhubaneswar:As per the provisions made under the Dam Safety Act, 2021, the State Government has framed rules for functioning of State Committee...