Bhubaneswar: Giving a clear cut message that it will not tolerate violation of Model Code of Conduct (MCC), the State Election Commission (SEC) has debarred senior BJD lawmaker and Government Chief Whip in Assembly, Pramila Mallick from campaigning in the Panchayat Poll for 48 hours from 14 February (10 AM).

SEC Secretary RN Sahu on Sunday informed about this observation of the Commission to the collector of Jajpur district, where Ms.Mallick’s constituency is located.

“The Commission disapproves of the conduct of Ms.Mallick, MLA Binjharpur and debars her from campaigning, including interviews, public utterances in media (electronic, print, social media),etc. anywhere in the State of Odisha for a period of 48 hours starting from 10.00 AM of 14 February 2022 in the ensuing general elections to Panchayati Raj Institution (PRIs), 2022,” Mr.Sahu told the District Collector.

The SEC took this decision against Ms.Mallick as she had allegedly threatened voters to stop providing benefits of various schemes to people if they do not vote for the BJD candidate in the Panchayat polls.

During the Panchayat election campaign at Zilla Parishad Zone – 27 in Jajpur district on last Thursday, Ms.Mallick had allegedly threatened the voters to stop their monthly old age person, rice for Rs 1 per kg and pucca houses being provided under government schemes if they do not vote for BJD candidates. This is a violation of the model code of conduct, sources said.

Soon after the news braked in the media, on the direction of the SEC, the Jajpur District Collector had earlier issued a show cause notice to Ms.Mallick.

Considering the reply of Ms.Mallick, the SEC has decided to stop her from campaigning for 48 hours.

Earlier, on the recommendation of the SEC, the State Government had suspended Maa Tarini college Principal Bikash Das and Sub-Divisional Police Officer (SDPO) of Salipur, Prasanta Majhi for organizing a political meeting in the premises of college. 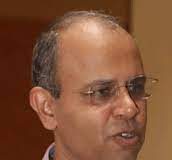 Tathya Correspondent - February 8, 2022 0
Bhubaneswar:The State Government on Tuesday asked all concerned authorities to allow their employees to go on Special Casual Leave to vote during...