“Government will support startups and entrepreneurs in the most challenging phase which is the initial risk phase and also stated to serve 1.3 billion people India will scale up the network of incubators and accelerators to phenomenal levels,” Mr.Vaishnaw said during an event.

Start-up Accelerators of MeitY for Product Innovation, Development and growth (SAMRIDH) program, which was launched by Ministry of Electronics & Information Technology so as to create a conducive platform to Indian Software Product star-ups to enhance their products and securing investments for  scaling  their  business. The program is being implemented by MeitY Start-up Hub (MSH), he said.

Mr.Vaishnaw said that the initiative will not only provide the funding support to the startups but will also help in bringing skill sets together which will help them to become successful.

Reiterating the vision of Prime Minister, he stated that technology and energy of youngsters is a great potential source of energy for inclusive development.

The Minister, further said, “Our society as we stand today requires lots of initiatives, new products and new services which will create a better life for the marginalized sections of the society and for those who are at bottom of pyramid and are living in remote parts of country, where main stream development has eluded them.”

The technology can play a role in accelerating and in taking the quantum jump in reaching out to people which would have taken many years. Using the energy of startups these areas can be reached within months, he pointed out.

“Employment in traditional as well as new age industries is a stated mission of our government and is also the vision of Prime Minister Narendra Modi. Initiatives and schemes like SAMRIDH will help accelerate the implementation of that vision,” he added.

While speaking at launch event, Ajay Prakash Sawhney, Secretary, MeitY, said that SAMRIDH scheme will pick up startups that are ready for acceleration stage and will provide them with funding support, mentorship and a lot of other support that is required by startups at this stage. The scheme heralds a very important milestone in our journey towards building confidence in our startup community.

The SAMRIDH program will focus on accelerating the 300 start-ups by providing customer connect, investor connect, and international immersion in next three years. Also, an investment of up to Rs 40 lakh to the start-up based on current valuation and growth stage of the Start-Up will be provided through selected accelerators, Mr.Sawhney said.

It will also facilitate equal matching investment by the accelerator / investor. The program aims to further the Indian start-up growth which has seen the emergence of 63 Unicorns is now the third largest Unicorn hub globally with a total valuation of 168 Billion US Dollar, the Union Secretary 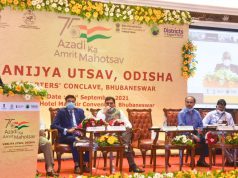 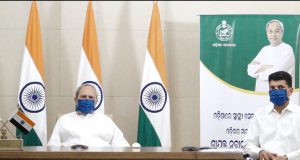 Tathya Correspondent - June 9, 2021 0
Bhubaneswar: Chief Minister Naveen Patnaik on Wednesday asserted that the demand for medical oxygen has been substantially increased during the second wave...