Bhubaneswar: While The Indian Newspaper Society (INS) got a new Team for the year 2021-22, Noted Journalist, Samahit Bal, Executive Editor of The Pragatibadi, a leading Vernacular Daily of Odisha has been elected to the Executive Committee.

Mohit Jain of The Economic Times is new President, who succeeds L. Adimoolam of Health & The Antiseptic.

The 82nd Annual General Meeting of the Indian Newspaper Society – an apex body of Publishers of Newspapers, Magazines & Periodicals in the country, was held through Video Conference (“VC”)/ Other Audio-Visual Means (“OAVM”) today.

K. Raja Prasad Reddy (Sakshi) is the Deputy President, Rakesh Sharma (Aaj Samaj) is the Vice President and Tanmay Maheshwari (Amar Ujala) is the Honorary Treasurer of the Society for the year 2021-22.

Mary Paul is the Secretary-General of the Society. INS Executive Committee has 41 Members including Mr.Bal, Executive Editor of The Pragatibadi. 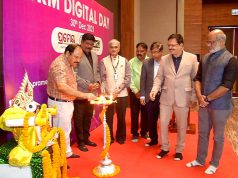 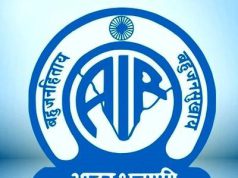 Media Should Have Self Regulation; Mishra