New Delhi: Hurdles have been cleared to operationalize the Amarda Road Airstrip near Rasagobindapur in Mayurbhanj district of Odisha under the RCS-UDAN scheme.

The Defence Research and Development Organisation (DRDO) has recommended and submitted the proposal to Ministry of Defence (MoD) for grant of ‘No Objection’ to Government of Odisha for use of Amarda Airstrip in Mayurbhanj district and working permission to develop civil enclave at Amarda Airstrip.

This was informed by Union Minister of State (MoS) for Civil Aviation, VK Singh in Rajya Sabha on Monday.

Mr.Singh said the State Government has sought permission of MoD to use Amarda airstrip for operations under UDAN. Subsequently, the Ministry of Civil Aviation also requested MoD on 07.03.2022 to consider the request of the Government of Odisha for granting permission to develop a civil enclave at Amarda airstrip, he said.

The Amarda (Rasgovindpur) airstrip belonging to DRDO is included in the UDAN scheme document.

Bhubaneswar to Amarda (Rasgovindpur) and vice-versa route was offered as State sponsored route under bidding round UDAN 4.1. The Airports Authority of India (AAI), the implementing agency, has received one bid on the route, informed the Union MoS.

An airport, which is included in the awarded routes of UDAN, requires upgradation/development for commencement of RCS operations. The Amarda Road Airstrip is developed under the “Revival of unserved and underserved airports” scheme.

In February, State Chief Secretary Suresh Chandra Mahapatra had written a letter to Defence Secretary Ajay Kumar seeking NoC from the DRDO for commencement of commercial flight operation from the airstrip.

The airstrip, one operationalize, will facilitate tourism connectivity to important places like Simlipal National Park, Kuldiha Sanctuary as well as  Chandipur  and Talsari Sea beach, facilitate economic growth through trade, provide jobs, increase revenues from taxes and foster the community relationship with neighbouring states and communities. 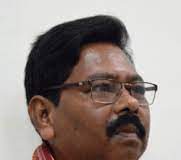 Tathya Correspondent - February 13, 2022 0
Bhubaneswar: Union Minister Bishweswar Tudu on Sunday said he is hopeful that the Centre will give its nod for turning the now-defunct...