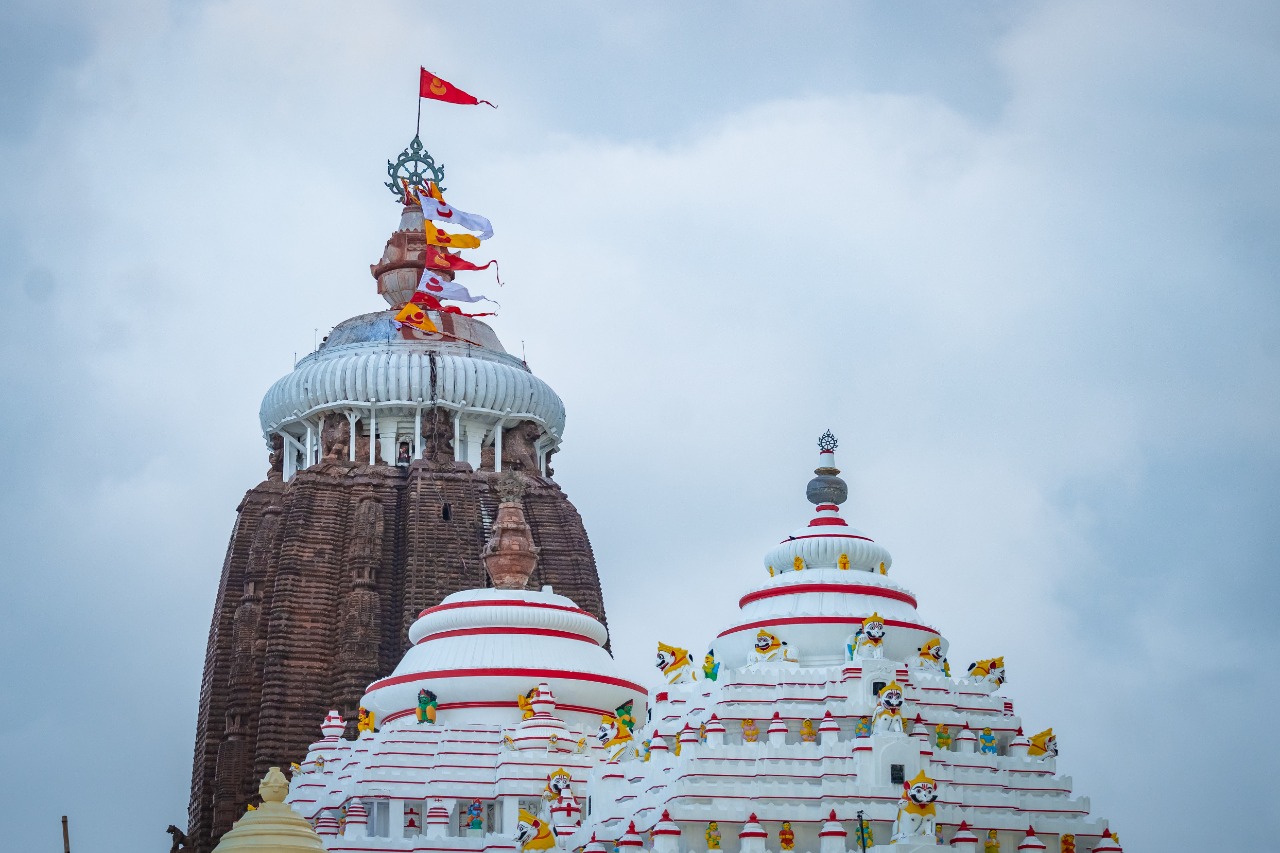 Puri: Investigation on Monday began into the vandalization of the ‘Chullahs’ in the temple of Lord Jagannath here after the Shree Jagannath Temple Administration (SJTA) has lodged a complaint at Singhdwara Police Station in this connection.

They also held discussions with the Collector, SP and other officials inside the temple premises.

After a meeting of the temple authorities and district administration today, Puri Collector Samarth Verma informed that an internal inquiry is also underway to identify the persons responsible for the incident.

Reportedly, more than 100 earthen ovens (Chullahs) at the Rosa Ghara (kitchen) of Jagannath temple had been vandalized by unidentified people on Saturday night hours after a clash between two groups at Ananda Bazar after Bada Singhara Besha of the deities.

Chulahs used to prepare the Pithapuri, Kothabhoga, Satapuri, and Thadapuri offerings for the deities had been vandalized. The temple administration had initiated an inquiry in this matter. Collector Samarth Verma also visited the temple on Sunday to probe into the incident.

An FIR has been registered at Singhadwar police station in connection on Monday under multiple Sections of the IPC and Section 30 (A), 4 (b) of the Shree Jagannath Temple Administration (SJTA) Act.

The case has been booked under Sections 427 (Mischief causing damage to the amount of fifty rupees), 295 (Destroying, damaging or defiling a place of worship or sacred object with intent to insult the religion of any class of persons) and 295 A (Deliberate and malicious acts, intended to outrage religious feelings of any class by insulting its religion or religious beliefs), said Dr.Singh.

“We are laying top priority to this case. Evidence collection and analysis of CCTV footage have started. Anyone involved in this incident will be detained immediately and subsequent action will be taken as per law,” he said adding, it would be premature to speculate about the motive behind this unruly incident.

“It would be premature to speculate. Our priority at the moment is identification of the persons involved in damage,” the SP added.

District Magistrate, Samarth Verma said apart from an FIR at the police station, an internal inquiry is on. “Very soon the people involved in the vandalism will be identified.”

Meanwhile, senior BJP leader Bijoy Mohapatra has blamed the State Government for the vandalism in the ‘Roshaghara’ or kitchen of Puri Jagannath temple.

Mr.Mohapatra has criticized the Sri Jagannath Temple Administration (SJTA) and Puri District Administration for the vandalization of as many as 43 earthen stoves in the temple kitchen.

Mr.Mohapatra alleged that despite the SJTA and the District Administration having knowledge about the disturbance between the sevayats in the Roshaghara two days back, no action was taken and such an incident happened.

The senior BJP leader has demanded that apart from action against those who have vandalized the earthen stoves, action should be taken against the SJTA and District Administration as well.

Quoting from the Supreme Court judgment order of November 2019, mr.Mohapatra said that the apex court had opined for the appointment of a single authority for security management in the temple premises.

He said that the State government was requested to appoint an officer of the rank of an Additional Superintendent of Police (ASP) who will be the Administrator of Security of the temple.

He suspected that there were no security personnel on duty on that day.

Union Education Minister and senior BJP leader Dharmendra Pradhan tweeted that the incident has pained him since Mahaprabhu is the centre of faith and belief of the people of Odisha and Hindus the world over.

Mr.Pradhan has also said that the State Government and the SJTA to take the incident seriously and take appropriate steps and remain alert so that such incidents are not repeated.

No Darshan On Mahalaya

Tathya Correspondent - October 5, 2021 0
Puri: The public Darshan of Lord Jagannath and his siblings at the Srimandir in Puri will remain closed on Wednesday in view...