“Odisha Police has earned very high standards of law and order in the state and succeeded in tackling the challenges of Left-wing Extremism with good results,” he said.

He said that policemen are the most visible representatives of the government and the first responders to any crisis, which is why they are called “pioneers of security”.

General Rawat said the fallout of events like climate change, de-globalization, regionalization, popular protests and trade wars has raised the risk of destabilization and disruptions and in this context, the role of police in maintaining internal security is critical. 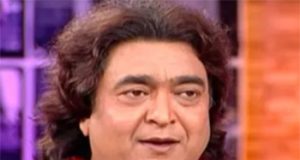